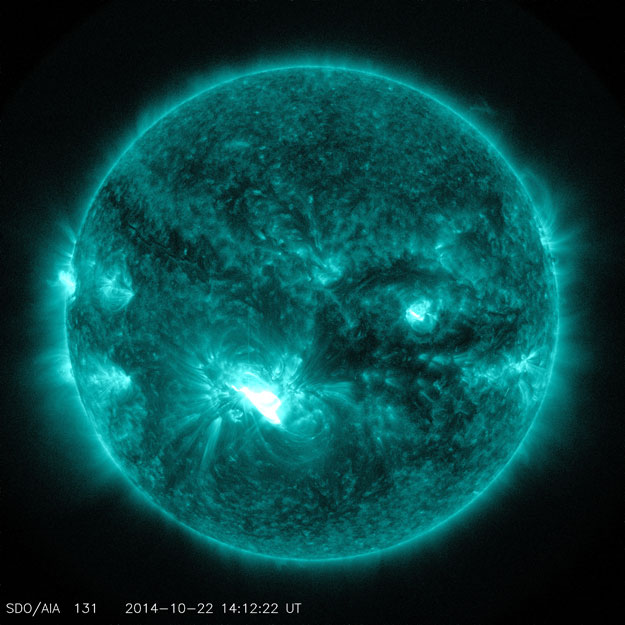 Update, 11:42 a.m. EDT: The sun erupted with another significant flare today, peaking at 10:28 a.m. EDT on Oct. 22, 2014. NASA’s Solar Dynamics Observatory captured images of the event, which occurred in the lower half of the sun. This flare is classified as an X1.6 class flare. X-class flares denote the most extreme flares. This is the third substantial flare from the same region of the sun since Oct. 19.

An X1.6 class flare erupted from the lower half of the sun, as seen in the bright flash of light in this image from NASA’s SDO. This image shows extreme ultraviolet light with a wavelength of 131 Angstroms, which highlights the intense heat of a solar flare and which is typically colorized in teal.