The worm that feels at home in space 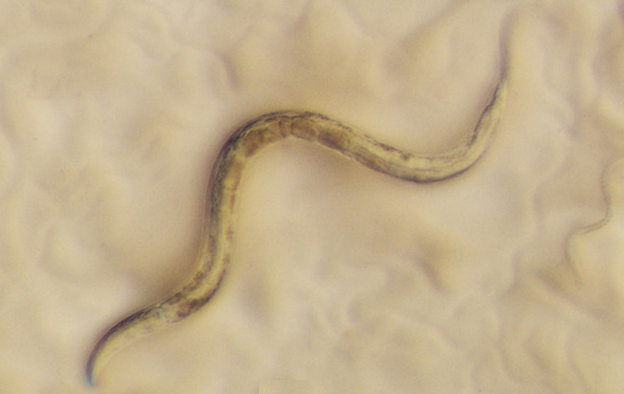 Astronauts return to Earth weakened and unsteady after weightlessness and radiation in space take their toll on the human body. New research now shows that the humble nematode worm adapts much better to spaceflight.

When ESA astronaut Andre Kuipers first went to space in 2004 to the International Space Station he took with him some microscopic Caenorhabditis elegans worms.

An international team of scientists from the US, Japan, France and Canada were interested in seeing how C. elegans reacts to living in space. This species was chosen because it was the first multicellular life form to have its full genetic structure mapped. Afterwards, researchers found the astronaut worms showed less toxic proteins in their muscles than if they had stayed on Earth, according to results published in the journal Nature Scientific Reports recently.

The scientists were intrigued and further investigation revealed that seven genes were less active in space. Living on the Space Station was preventing certain genes from functioning normally.

Surprisingly, the worms seemed to function better without them.

What would happen if the same genes were turned off in a laboratory? The researchers found that worms raised without the seven genes also lived longer and healthier. Nathaniel Szewczyk, a scientist from the project, explains: “Muscle tends to shrink in space. The results from this study suggest that muscles are adapting rather than reacting involuntarily to space conditions. “Counterintuitively, muscles in space may age better than on Earth. It may also be that spaceflight slows the process of ageing.” Humans share around 55% of genes with C. elegans so the next step is to probe human muscle response to spaceflight.

Andre finished his second mission to the International Space Station on 1 July landing in the Kazakh steppe. This mission carried more worms for follow-up study, but this time the astronaut himself was investigated as well. Before the start of Andre’s mission, a small piece of muscle was removed from his leg and kept for analysis. After six months in space, scientists are eager to see how his muscles have reacted to spaceflight. Unlike the worms Andre took with him, the astronaut is being allowed a few weeks to recuperate from his tiring space travel before scientists put his muscles under the microscope.