The Older We Get, the Less We Know (Cosmologically) 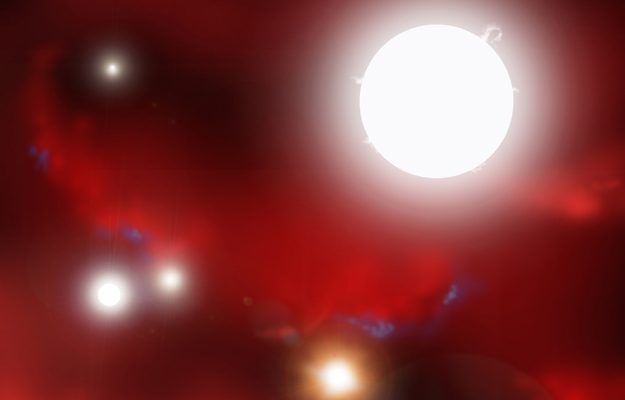 The universe is a marvelously complex place, filled with galaxies and larger-scale structures that have evolved over its 13.7-billion-year history. Those began as small perturbations of matter that grew over time, like ripples in a pond, as the universe expanded. By observing the large-scale cosmic wrinkles now, we can learn about the initial conditions of the universe. But is now really the best time to look, or would we get better information billions of years into the future — or the past?

New calculations by Harvard theorist Avi Loeb show that the ideal time to study the cosmos was more than 13 billion years ago, just about 500 million years after the Big Bang. The farther into the future you go from that time, the more information you lose about the early universe.

“I’m glad to be a cosmologist at a cosmic time when we can still recover some of the clues about how the universe started,” Loeb said.

Two competing processes define the best time to observe the cosmos. In the young universe the cosmic horizon is closer to you, so you see less. As the universe ages, you can see more of it because there’s been time for light from more distant regions to travel to you. However, in the older and more evolved universe, matter has collapsed to make gravitationally bound objects. This “muddies the waters” of the cosmic pond, because you lose memory of initial conditions on small scales. The two effects counter each other — the first grows better as the second grows worse.

Loeb asked the question: When were viewing conditions optimal? He found that the best time to study cosmic perturbations was only 500 million years after the Big Bang.

But it’s not too late. Modern observers can still access this nascent era from a distance by using surveys designed to detect 21-cm radio emission from hydrogen gas at those early times. These radio waves take more than 13 billion years to reach us, so we can still see how the universe looked early on.

“21-centimeter surveys are our best hope,” said Loeb. “By observing hydrogen at large distances, we can map how matter was distributed at the early times of interest.”

The accelerating universe makes the picture bleak for future cosmologists. Because the expansion of the cosmos is accelerating, galaxies are being pushed beyond our horizon. Light that leaves those distant galaxies will never reach Earth in the far future.

In addition, the scale of gravitationally unbound structures is growing larger and larger. Eventually they, too, will stretch beyond our horizon. Some time between 10 and 100 times the universe’s current age, cosmologists will no longer be able to observe them.

“If we want to learn about the very early universe, we’d better look now before it is too late!” Loeb said.

This research was published in the Journal of Cosmology and Astroparticle Physics (JCAP) and is available online at http://arxiv.org/abs/1203.2622