The Best Way to Measure Dark Energy Just Got Better 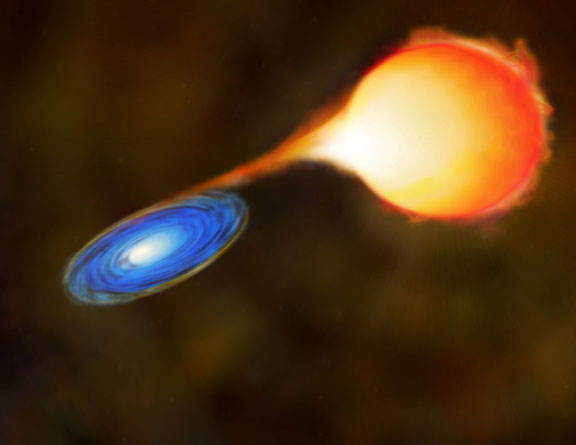 Dark energy is a mysterious force that pervades all space, acting as a “push” to accelerate the Universe’s expansion. Despite being 70 percent of the Universe, dark energy was only discovered in 1998 by two teams observing Type Ia supernovae. A Type 1a supernova is a cataclysmic explosion of a white dwarf star.

These supernovae are currently the best way to measure dark energy because they are visible across intergalactic space. Also, they can function as “standard candles” in distant galaxies since the intrinsic brightness is known. Just as drivers estimate the distance to oncoming cars at night from the brightness of their headlights, measuring the apparent brightness of a supernova yields its distance (fainter is farther). Measuring distances tracks the effect of dark energy on the expansion of the Universe.

The best way of measuring dark energy just got better, thanks to a new study of Type Ia supernovae led by Ryan Foley of the Harvard-Smithsonian Center for Astrophysics. He has found a way to correct for small variations in the appearance of these supernovae, so that they become even better standard candles. The key is to sort the supernovae based on their color.

“Dark energy is the biggest mystery in physics and astronomy today. Now, we have a better way to tackle it,” said Foley, who is a Clay Fellow at the Center. He presented his findings in a press conference at the 217th meeting of the American Astronomical Society.

The new tool also will help astronomers to firm up the cosmic distance scale by providing more accurate distances to faraway galaxies.

Type Ia supernovae are used as standard candles, meaning they have a known intrinsic brightness. However, they’re not all equally bright. Astronomers have to correct for certain variations. In particular, there is a known correlation between how quickly the supernova brightens and dims (its light curve) and the intrinsic peak brightness.

Even when astronomers correct for this effect, their measurements still show some scatter, which leads to inaccuracies when calculating distances and therefore the effects of dark energy. Studies looking for ways to make more accurate corrections have had limited success until now.

“We’ve been looking for this sort of ‘second-order effect’ for nearly two decades,” said Foley.

Foley discovered that after correcting for how quickly Type Ia supernovae faded, they show a distinct relationship between the speed of their ejected material and their color: the faster ones are slightly redder and the slower ones are bluer.

Previously, astronomers assumed that redder explosions only appeared that way because of intervening dust, which would also dim the explosion and make it appear farther than it was. Trying to correct for this, they would incorrectly calculate that the explosion was closer than it appeared. Foley’s work shows that some of the color difference is intrinsic to the supernova itself.

The new study succeeded for two reasons. First, it used a large sample of more than 100 supernovae. More importantly, it went back to “first principles” and reexamined the assumption that Type Ia supernovae are one average color.

The discovery provides a better physical understanding of Type Ia supernovae and their intrinsic differences. It also will allow cosmologists to improve their data analysis and make better measurements of dark energy – an important step on the road to learning what this mysterious force truly is, and what it means for the future of the cosmos.