Ten Years Ago, Huygens Probe Lands on Surface of Titan 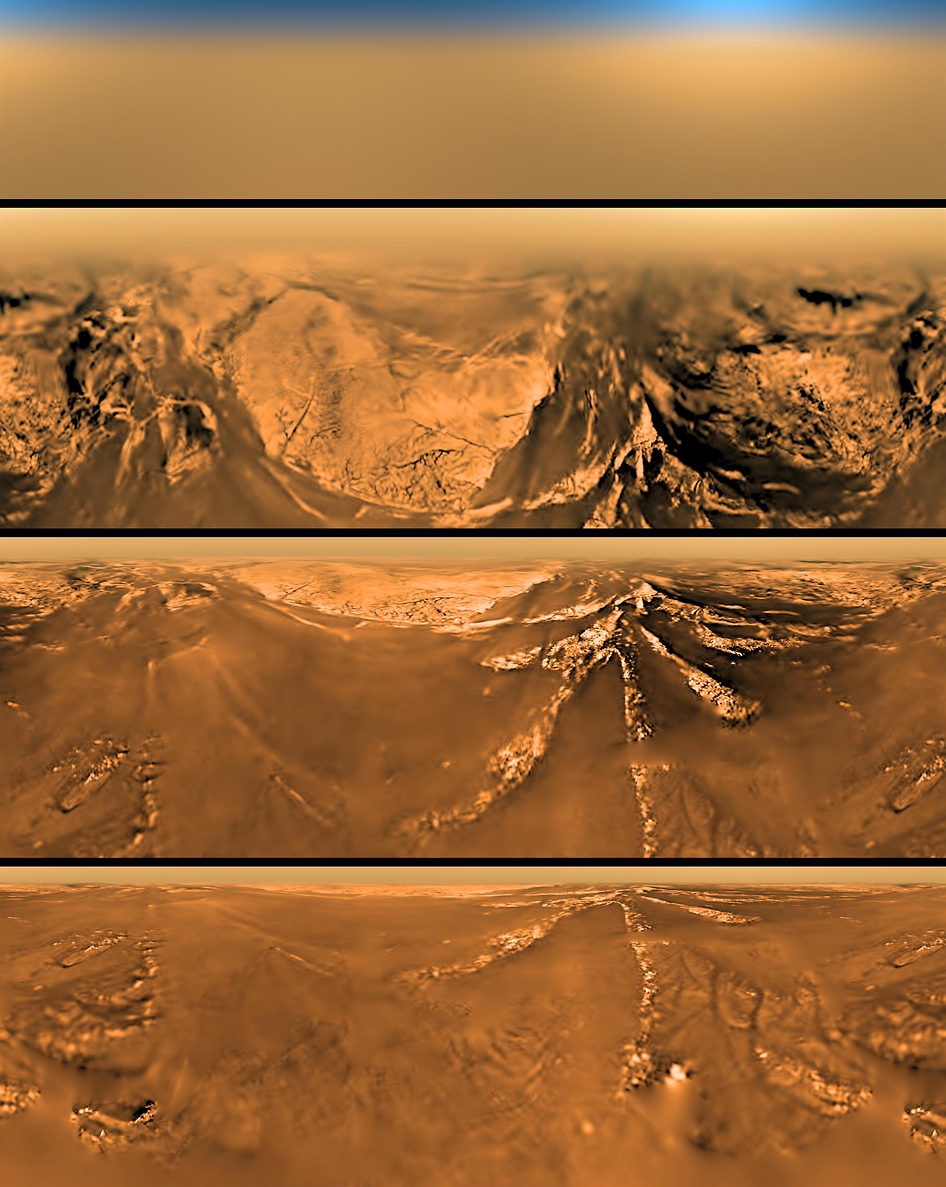 Ten years ago, an explorer from Earth parachuted into the haze of an alien moon toward an uncertain fate. After a gentle descent lasting more than two hours, it landed with a thud on a frigid floodplain, surrounded by icy cobblestones.

With this feat, the Huygens probe accomplished humanity’s first landing on a moon in the outer solar system. Huygens was safely on Titan, the largest moon of Saturn. These images of Saturn’s moon Titan were taken on Jan. 14, 2005 by the Huygens probe at four different altitudes. The images are a flattened (Mercator) projection of the view from the descent imager/spectral radiometer on the probe as it landed on Titan’s surface. The Cassini-Huygens mission is a cooperative project of NASA, the European Space Agency and the Italian Space Agency.