By SpaceRef Editor
July 25, 2012
Filed under Commerce, Team Phoenicia, US

Menlo Park, CA, (July 25, 2012) Team Phoenicia announced today they have teamed up with Tyvak Nano-Satellite Systems LLC and Cal Poly, San Luis Obispo (Cal Poly) to work on lunar and interplanetary small satellite and CubeSat launch opportunities. This teaming arrangement covers collaboration on the $30 million Google Lunar X PRIZE; collaboration on future interplanetary and lunar nanosat Launches; and tapping into each other’s knowledge bases for both the competition flights and beyond.

The Google Lunar X PRIZE, the largest incentivized competition offered to date, challenges space professionals and engineers from across the globe to build and launch to the moon a privately funded spacecraft capable of completing a series of exploration and transmission tasks. The Google Lunar X PRIZE is one of three active competitions from the X PRIZE Foundation, the leading nonprofit organization for creating and managing large-scale, global incentivized competitions.

The single biggest hurdle for any team in the Google Lunar X PRIZE is getting to the Moon. Any launch for any single team is a difficult financial hurdle. Team Phoenicia originally approached Cal Poly and Tyvak about the prospect of collaborating on the Google Lunar X PRIZE. The discussion was based on the premise that Team Phoenicia would have excess launch capacity on their lunar missions and Cal Poly/Tyvak would utilize this excess capacity for NanoSat and CubeSat interplanetary or lunar missions. This would offset the total cost of any launch that Team Phoenicia would contract for, even ones beyond the X PRIZE competition.

From this starting point and given the exciting state of development for interplanetary CubeSats, Team Phoenicia, and Cal Poly, and Tyvak forged a deeper relationship. Cal Poly and Tyvak will integrate its CubeSat launchers – Poly Picosatellite Orbital Deployers (P-POD) in 1U, 3U, and larger NanoSat form factors – with the Phoenicia Lunar Payload Delivery Rack (aka the Legion System) designed for use on the internal structure of the EELV Secondary Payload Adaptor (ESPA ring). A version of which is optimized for use on the Adaptive Launch Solutions Aquila System.

All Team Phoenicia flights will offer P-POD slots to the small satellite community through Cal Poly and Tyvak. This exciting element enables NanoSats/CubeSats to be deployed outside of low earth orbit and into interplanetary space. The first studies of “interplanetary NanoSats” are being conducted by several NASA research centers, the Jet Propulsion Lab, and several universities. 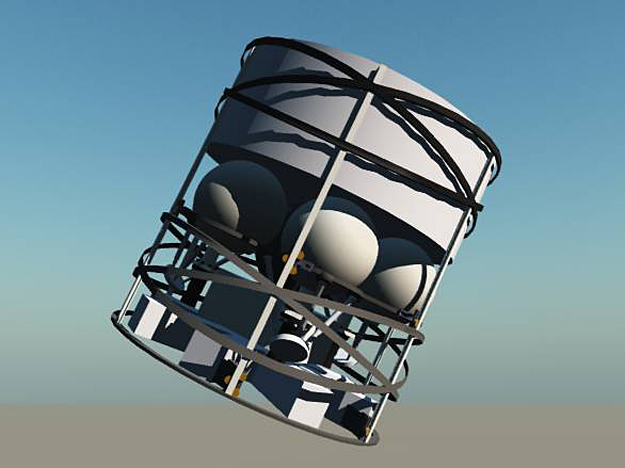 Interplanetary NanoSats are envisioned as CubeSat sized space probes that ply the space between the planets. These would utilize upgraded CubeSat technologies and projected to cost between $5 million to $10 million. Proposed missions include asteroid rendezvous, comet inspections and even sample returns from the Martian moons of Phobos and Deimos.

By teaming on launches and technology development, Cal Poly, Tyvak, and Team Phoenicia will be offering the first launch opportunities dedicated to interplanetary NanoSats. 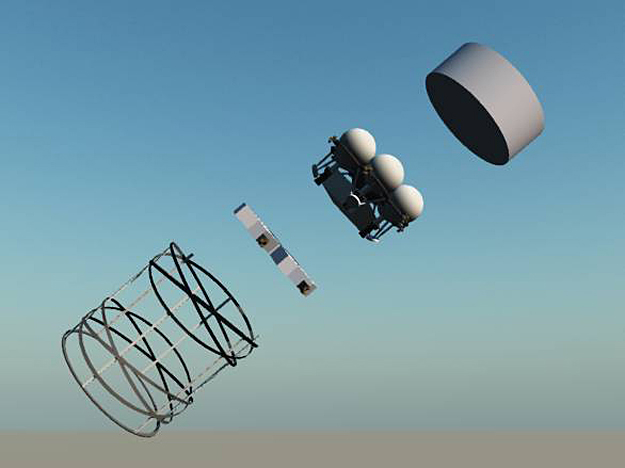 In the 1990s, NASA instituted the Discovery Program. This produced a renaissance in planetary science by successfully conducting over ten missions in fifteen years rather than one or two flagship missions like before. With interplanetary NanoSats coming to fruition, NASA could have hundreds of missions out plying the asteroids, comets and orbiting the Moon, Mars and other bodies simultaneously for the same time frame. With this far lower cost, universities could potentially fly their own probes as part of a normal planetary science research program.

“Team Phoenicia is beyond excited about the prospect of flying the first interplanetary NanoSats. Not only will we be conducting the first soft landing on the Moon since 1976, we will be helping to spark a revolution in space probes. We are deeply honored by Cal Poly and Tyvak teaming with us on this great endeavor.” 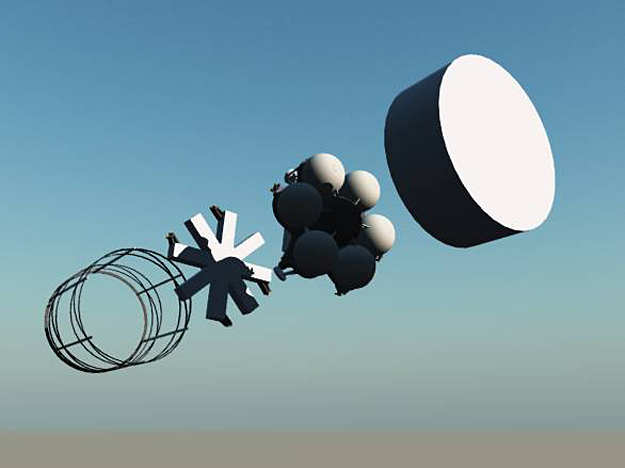 “This partnership with Team Phoenicia brings an incredibly unique opportunity to the CubeSat community. Only a few months ago, the first interplanetary CubeSat workshop was held at MIT. At the workshop representatives from academia, industry and government met to discuss new and exciting interplanetary missions that can be implemented using CubeSats. Together we hope to utilize this excess launch capacity to bring these missions to reality,” said Coelho.

“Team Phoenicia has always felt that the Google Lunar X PRIZE is not just about getting to the Moon, but fostering the NewSpace business ecology. Here with Tyvak and Cal Poly, we have developed another ecological link, a very productive one that will allow academia, NASA and others in the nanosat industry to tie into NewSpace technological diversity,” said Baird.

“The CubeSat community has always pushed the boundaries of technology development and has worked hard to provide access to space to new players in the space business. This partnership is a great example of this New Space movement and we’re excited to be a part of it with Team Phoenicia,” said Puig-Suari.

“Team Phoenicia is very excited to be working with both Cal Poly and Tyvak. With their help, we are making significant progress on the goals of the Google Lunar X PRIZE, both getting to the Moon and developing the Final Frontier,” Baird said.

Team Phoenicia is a 501(c)(3) nonprofit corporation entered as a competitive team in the $30 million Google Lunar X PRIZE, the largest incentivized competition offered to date, challenging space professionals and engineers from across the globe to build and launch to the moon a privately funded spacecraft capable of completing a series of exploration and transmission tasks. Team Phoenicia is working towards landing its rover on the Moon in 2014. Team Phoenicia has been pursuing the Google Lunar X PRIZE since November 2007 and is based in Menlo Park, CA.

ABOUT THE GOOGLE LUNAR X PRIZE

Generously funded by Google, the $30 million Google Lunar X PRIZE is an unprecedented competition to challenge and inspire engineers and entrepreneurs from around the world to develop low-cost methods of robotic space exploration. To win the Google Lunar X PRIZE, a privately-funded team must successfully place a robot on the Moon’s surface that explores at least 500 meters (1/3 of a mile) and transmits high definition video and images back to Earth. The first team to do so will claim a $20 million Grand Prize, while the second team will earn a $5 million Prize. Teams are also eligible to win a $1 million award for stimulating diversity in the field of space exploration and as much as $4 million in bonus prizes for accomplishing additional technical tasks such as moving ten times as far, surviving the frigid lunar night, or visiting the site of a previous lunar mission. To date, more than 25 teams from a dozen countries around the world have registered to compete
for the prize. The Google Lunar X PRIZE is available to be claimed until the end of the year 2015. For more information, visit http://www.googlelunarxprize.org

Founded in 1995, the X PRIZE Foundation, a 501(c)(3) nonprofit, is the leading organization solving the world’s Grand Challenges by creating and managing large-scale, high-profile, incentivized prize competitions that stimulate investment in research and development worth far more than the prize itself. The organization motivates and inspires brilliant innovators from all disciplines to leverage their intellectual and financial capital for the benefit of humanity. The X PRIZE Foundation conducts competitions in five Prize Groups: Education; Exploration; Energy & Environment; Global Development; and Life Sciences. Active prizes include the $30 million Google Lunar X PRIZE, the $10 million Archon Genomics X PRIZE presented by Express Scripts, the $10 million Qualcomm Tricorder X PRIZE, and the $2.25 million Nokia Sensing X CHALLENGE. For more information, go to http://www.xprize.org/.

ABOUT GOOGLE, INC.
Google’s innovative search technologies connect millions of people around the world with information every day. Founded in 1998 by Stanford Ph.D. students Larry Page and Sergey Brin, Google today is a top web property in all major global markets. Google’s targeted advertising program provides businesses of all sizes with measurable results, while enhancing the overall web experience for users. Google is headquartered in Silicon Valley with offices throughout the Americas, Europe and Asia. For more information, visit http://www.google.com.