By SpaceRef Editor
February 7, 2005
Filed under Northwestern University, US

EVANSTON, Ill. — Northwestern University seismologists have determined that the Dec. 26 Sumatra earthquake that set off a deadly tsunami throughout the Indian Ocean was three times larger than originally thought, making it the second largest earthquake ever instrumentally recorded and explaining why the tsunami was so destructive. 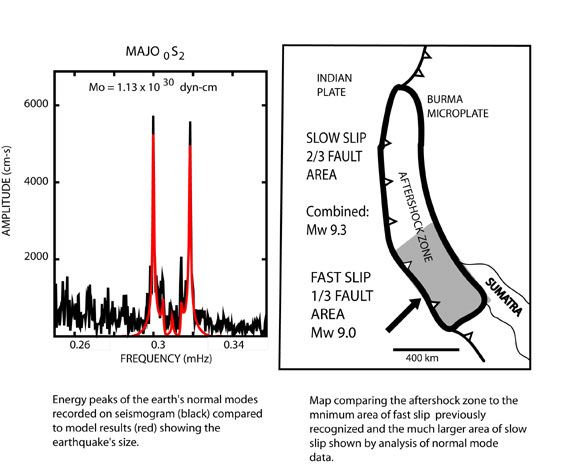 By analyzing seismograms from the earthquake, Seth Stein and Emile Okal, both professors of geological sciences in Northwestern’s Weinberg College of Arts and Sciences, calculated that the earthquake’s magnitude measured 9.3, not 9.0, and thus was three times larger. These results have implications for why Sri Lanka suffered such a great impact and also indicate that the chances of similar large tsumanis occurring in the same area are reduced. 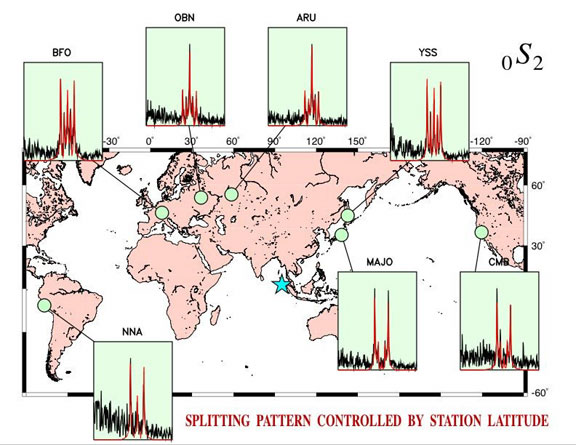 “The rupture zone was much larger than previously thought,” said Stein. “The initial calculations that it was a 9.0 earthquake did not take into account what we call slow slip, where the fault, delineated by aftershocks, shifted more slowly. The additional energy released by slow slip along the 1,200-kilometer long fault played a key role in generating the devastating tsunami.”

Because the entire rupture zone slipped (both fast and slow slip fault areas), strain accumulated from subduction of the Indian plate beneath the Burma microplate has been released, leaving no immediate danger of a comparable ocean-wide tsunami being generated on this segment of the plate boundary. However, the danger of a local tsunami due to a powerful aftershock or a large tsunami resulting from a great earthquake on segments to the south remains.

The analysis technique used by Stein and Okal to extract these data from the earth’s longest period vibrations (normal modes) relied on results developed by them and colleague Robert Geller (now at the University of Tokyo) in their graduate studies almost 30 years ago. However, because such gigantic earthquakes are rare, these methods had been essentially unused until records of the Sumatra earthquake on modern seismometers became available.