By SpaceRef Editor
August 20, 2010
Filed under Commerce, SpaceX, US

The purpose of the test was to validate the Dragon’s parachute deployment systems and recovery operations prior to the first flight of an operational Dragon later this year. The drop occurred on August 12, 2010 about nine miles off the coast from the scenic town of Morro Bay, CA– 45 miles north of Vandenberg Air Force Base.

An Erickson S-64F Air-Crane helicopter dropped a test article of the Dragon spacecraft from a distance of 14,000 feet, directly above the center of a 6 mile diameter Pacific Ocean test zone. 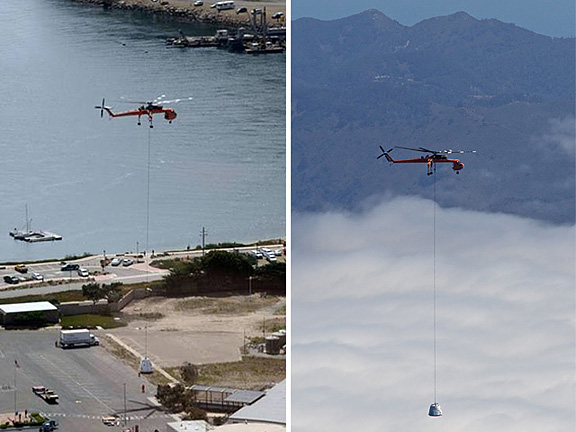 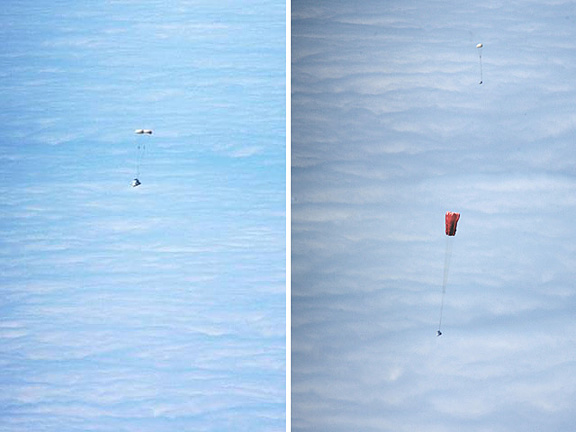 Left photo: The drogue parachutes stabilize and slow the spacecraft. Right photo: Detached drogue parachutes (top) descend after pulling out the main parachutes, which are shown in the process of deployment. Photo Credit: Roger Gilbertson/SpaceX

While Dragon will initially be used to transport cargo, the spacecraft was designed to transport crew. The parachute system validated during the drop test is the same system that would be used on a crew-carrying Dragon.

The three main parachutes, designed and manufactured by Airborne Systems, are particularly large–each measuring 116 feet in diameter when fully deployed. The oversized parachutes are key in ensuring a comfortable landing for crew members. After the drogues stabilize the spacecraft, the main parachutes further slow the spacecraft’s decent to approximately 16-18 ft/sec which makes for a very soft landing.

Even if Dragon were to lose one of its main parachutes, the two remaining chutes would still ensure a pretty soft landing for the crew. Under nominal conditions, astronauts would experience no more than roughly 2-3 g’s during this type of decent—less than you’d experience at an amusement park. 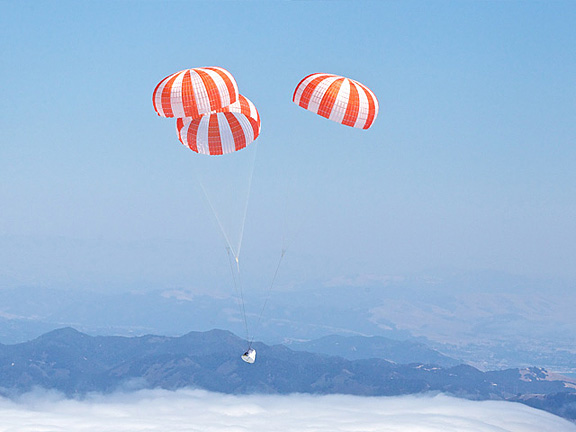 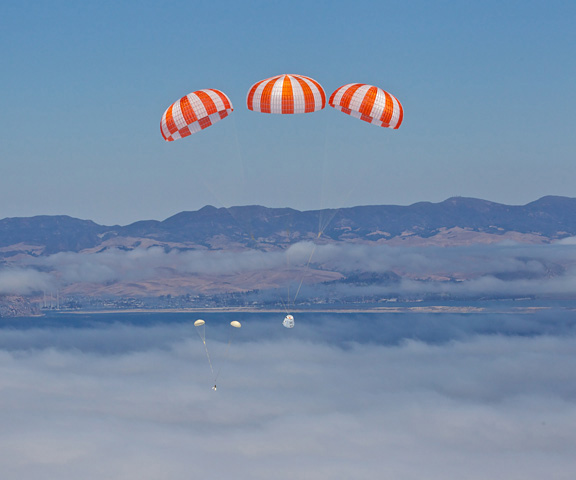 While the test article landed well within the targeted zone, the landing of an operational Dragon will be even more precise. With an operational Dragon, the landing location is controlled by firing the Draco thrusters during reentry, ensuring Dragon splashes down less than a mile from the desired landing site. Even that dispersion is only due to wind drift while Dragon is under the parachutes–if winds are low, Dragon’s landing accuracy will be to within a few hundred feet.

For initial crewed flights, Dragon will be recovered by helicopter and airlifted to shore. Our long term goal, however, is to land Dragon on land. Once we have proven our ability to control reentry accurately, we intend to add deployable landing gear and leverage the thrusters in order to land on land in the future.

During this particular drop test operation, Dragon was returned by boat and lifted onto its transport carrier via a bay-side crane as shown in the photographs below. 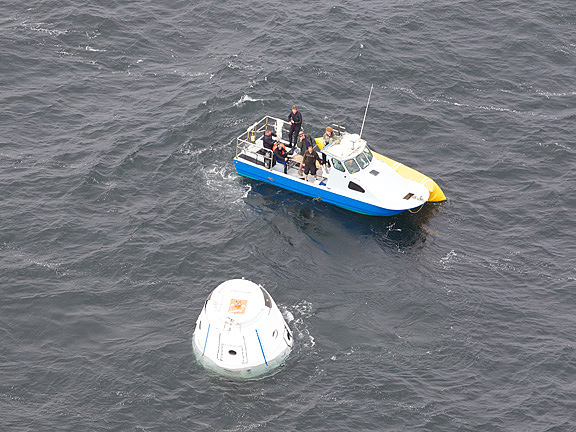 One of three recovery boats approaches Dragon spacecraft after it has completed its decent. Photo Credit: Chris Thompson/SpaceX 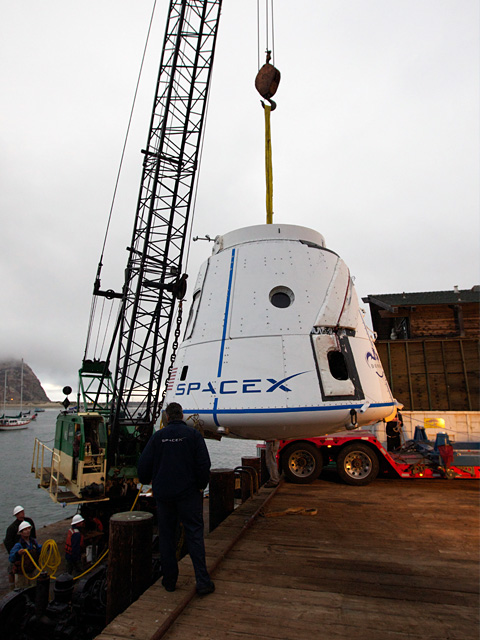 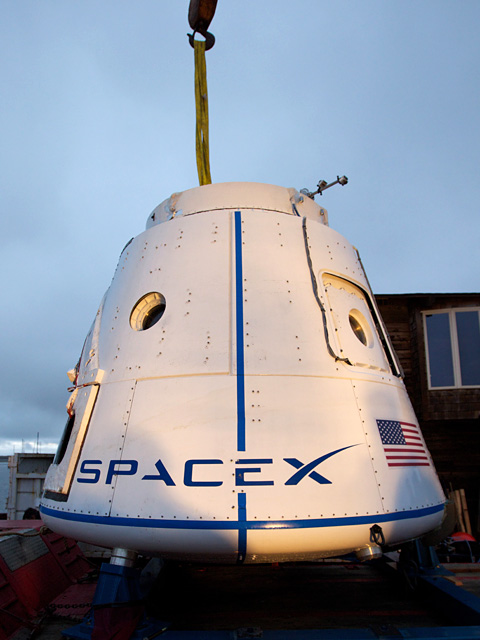 Dragon spacecraft being lifted out the bay and onto its transport carrier for return to SpaceX’s Hawthorne headquarters. Photo Credit: Chris Thompson/SpaceX