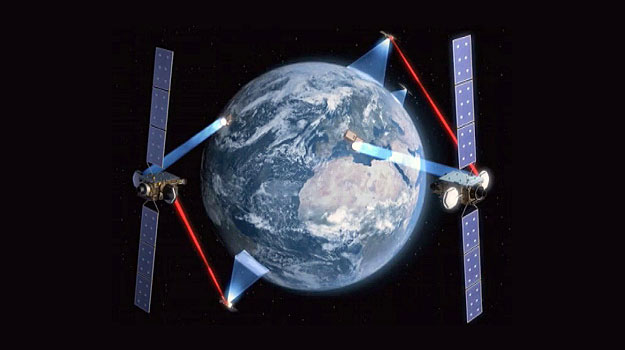 SES TechCom, a subsidiary of SES S.A. (SESG.PA)(SESG.PA), announced today that it has signed contracts with Astrium and DLR at the German Space Operations Center in Oberpfaffenhofen to furnish important parts of the ground segment for the innovative European Data Relay System (EDRS).

EDRS will utilize two geostationary “relay” satellites that, due to their fixed position in space, will record the high-rate communications data of lower-flying earth observation satellites and transmit this data without significant time delays to Earth. Therefore, the observation satellites are no longer tied to the short contact times during their flight over the respective earth stations, as has been the case up to now. Significantly greater quantities of data can be transferred from space to Earth more quickly and over a longer period of time. Within the scope of EDRS, optical laser technology for data transfer is planned to be put into operation for the first time. Small laser communication terminals will be employed that can transfer up to 1.8 gigabit of data over a distance of 45,000 kilometers. That’s the equivalent of about 100,000 printed A4 pages per second.

The information highway in space is being established as a public-private partnership between the European Space Agency and Astrium as the main contractor, operator and service provider.

The EDRS contract was signed today in Oberpfaffenhofen by Prof. Huber, Director of the DLR Space Operations and Astronaut Training facility, and Gerhard Bethscheider, Managing Director of SES TechCom S.A., in the presence of Luxembourg’s Communications Minister Francois Biltgen, DLR Chairman Johann-Dietrich Woerner and the Chairman of the Board of Astrium GmbH, Evert Dudok. The occasion was the official inauguration of a high-precision satellite measuring station in Weilheim, based on a 13m Ka-band antenna, which was developed by Luxembourg industry, notably HITEC Luxembourg S.A., under the aegis of SES TechCom and in close cooperation with DLR.

SES is a world-leading satellite operator with a fleet of 50 geostationary satellites. The company provides satellite communications services to broadcasters, content and internet service providers, mobile and fixed network operators and business and governmental organisations worldwide.

SES stands for long-lasting business relationships, high-quality service and excellence in the broadcasting industry. The culturally diverse regional teams of SES are located around the globe and work closely with customers to meet their specific satellite bandwidth and service requirements.

SES (SESG.PA)(SESG.PA) holds participations in Ciel in Canada and QuetzSat in Mexico, as well as a strategic participation in satellite infrastructure start-up O3b Networks. Further information under: www.ses.com.