A research team at Keio University, led by Associate Professor Tomoharu Oka, has discovered intermediate-mass black hole (IMBH) candidates at the center of the Milky Way Galaxy. It is about 30,000 light-years from the solar system in the direction of Sagittarius. IMBH candidates are considered to be the “seeds” that form and grow massive black holes. 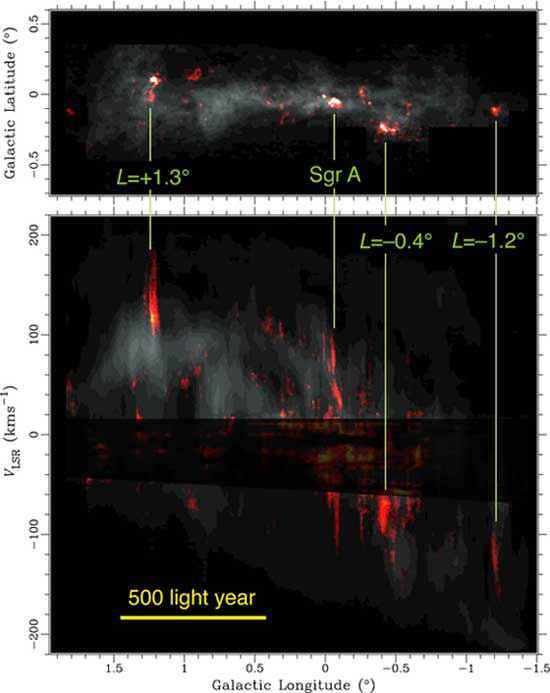 This research suggests that supernova explosions caused the expansion. It is estimated that the largest explosion that occurred in the masses of molecular gas is equivalent to 200 supernova explosions. On the other hand, the age of the gas masses is approximately 60,000 years old. Therefore, it can be inferred that a huge star cluster is buried in one of the gas masses. The mass of the cluster (more than 100,000 times the mass of the Sun) is comparable to the largest star cluster found in the Milky Way Galaxy.

It is thought that IMBHs are formed within such huge star clusters. Eventually, IMBHs born near the center of the Milky Way Galaxy form/expand into a supermassive black hole at the nucleus of the galaxy.