Scientists Make Huge Dataset of Nearby Stars Available to Public 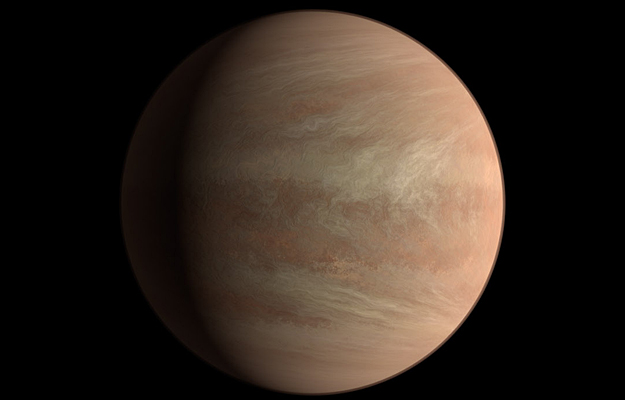 The search for planets beyond our solar system is about to gain some new recruits.

Today, a team that includes MIT and is led by the Carnegie Institution for Science has released the largest collection of observations made with a technique called radial velocity, to be used for hunting exoplanets. The huge dataset [http://home.dtm.ciw.edu/ebps/data], taken over two decades by the W.M. Keck Observatory in Hawaii, is now available to the public, along with an open-source software package [http://www.stefanom.org/console-2] to process the data and an online tutorial [http://oklo.org].

By making the data public and user-friendly, the scientists hope to draw fresh eyes to the observations, which encompass almost 61,000 measurements of more than 1,600 nearby stars.

“This is an amazing catalog, and we realized there just aren’t enough of us on the team to be doing as much science as could come out of this dataset,” says Jennifer Burt, a Torres Postdoctoral Fellow in MIT’s Kavli Institute for Astrophysics and Space Research. “We’re trying to shift toward a more community-oriented idea of how we should do science, so that others can access the data and see something interesting.”

Burt and her colleagues have outlined some details of the newly available dataset in a paper to appear in the Astronomical Journal. After taking a look through the data themselves, the researchers have detected over 100 potential exoplanets, including one orbiting GJ 411, the fourth-closest star to our solar system.

“There seems to be no shortage of exoplanets,” Burt says. “There are a ton of them out there, and there is ton of science to be done.”

The newly available observations were taken by the High Resolution Echelle Spectrometer (HIRES), an instrument mounted on the Keck Observatory’s 10-meter telescope at Maunakea in Hawaii. HIRES is designed to split a star’s incoming light into a rainbow of color components. Scientists can then measure the precise intensity of thousands of color channels, or wavelengths, to determine characteristics of the starlight.

Early on, scientists found they could use HIRES’s output to estimate a star’s radial velocity — the very tiny movements a star makes either as a result of its own internal processes or in response to some other, external force. In particular, scientists have found that when a star moves toward and away from Earth in a regular pattern, it can signal the presence of an exoplanet orbiting the star. The planet’s gravity tugs on the star, changing the star’s velocity as the planet moves through its orbit.

“[HIRES] wasn’t specifically optimized to look for exoplanets,” Burt says. “It was designed to look at faint galaxies and quasars. However, even before HIRES was installed, our team worked out a technique for making HIRES an effective exoplanet hunter.”

For two decades, these scientists have pointed HIRES at more than 1,600 “neighborhood” stars, all within a relatively close 100 parsecs, or 325 light-years, from Earth. The instrument has recorded almost 61,000 observations, each lasting anywhere from 30 seconds to 20 minutes, depending on how precise the measurements needed to be. With all these data compiled, any given star in the dataset can have several days,’ years,’ ore even more than a decade’s worth of observations.

“We recently discovered a six-planet system orbiting a star, which is a big number,” Burt says. “We don’t often detect systems with more than three to four planets, but we could successfully map out all six in this system because we had over 18 years of data on the host star.”

More Eyes on the Skies

Within the newly available dataset, the team has highlighted over 100 stars that are likely to host exoplanets but require closer inspection, either with additional measurements or further analysis of the existing data.

The researchers have, however, confirmed the presence of an exoplanet around GJ 411, which is the fourth-closest star to our solar system and has a mass that is roughly 40 percent that of our Sun. The planet has an extremely tight orbit, circling the star in less than 10 days. Burt says that there is a good chance that others, looking through the dataset and combining it with their own observations, may find similarly intriguing candidates.

“We’ve gone from the early days of thinking maybe there are five or 10 other planets out there, to realizing almost every star next to us might have a planet,” Burt says.

HIRES will continue to record observations of nearby stars in the coming years, and the team plans to periodically update the public dataset with those observations.

“This dataset will slowly grow, and you’ll be able to go on and search for whatever star you’re interested in and download all the data we’ve ever taken on it. The dataset includes the date, the velocity we measured, the error on that velocity, and measurements of the star’s activity during that observation,” Burt says. “Nowadays, with access to public analysis software like Systemic, it’s easy to load the data in and start playing with it.”

Then, Burt says, the hunt for exoplanets can really take off.

“I think this opens up possibilities for anyone who wants to do this kind of work, whether you’re an academic or someone in the general public who’s excited about exoplanets,” Burt says. “Because really, who doesn’t want to discover a planet?”

This research was supported, in part, by the National Science Foundation.