By SpaceRef Editor
May 14, 2015
Filed under Commerce, US, Y.K. Bae Corporation 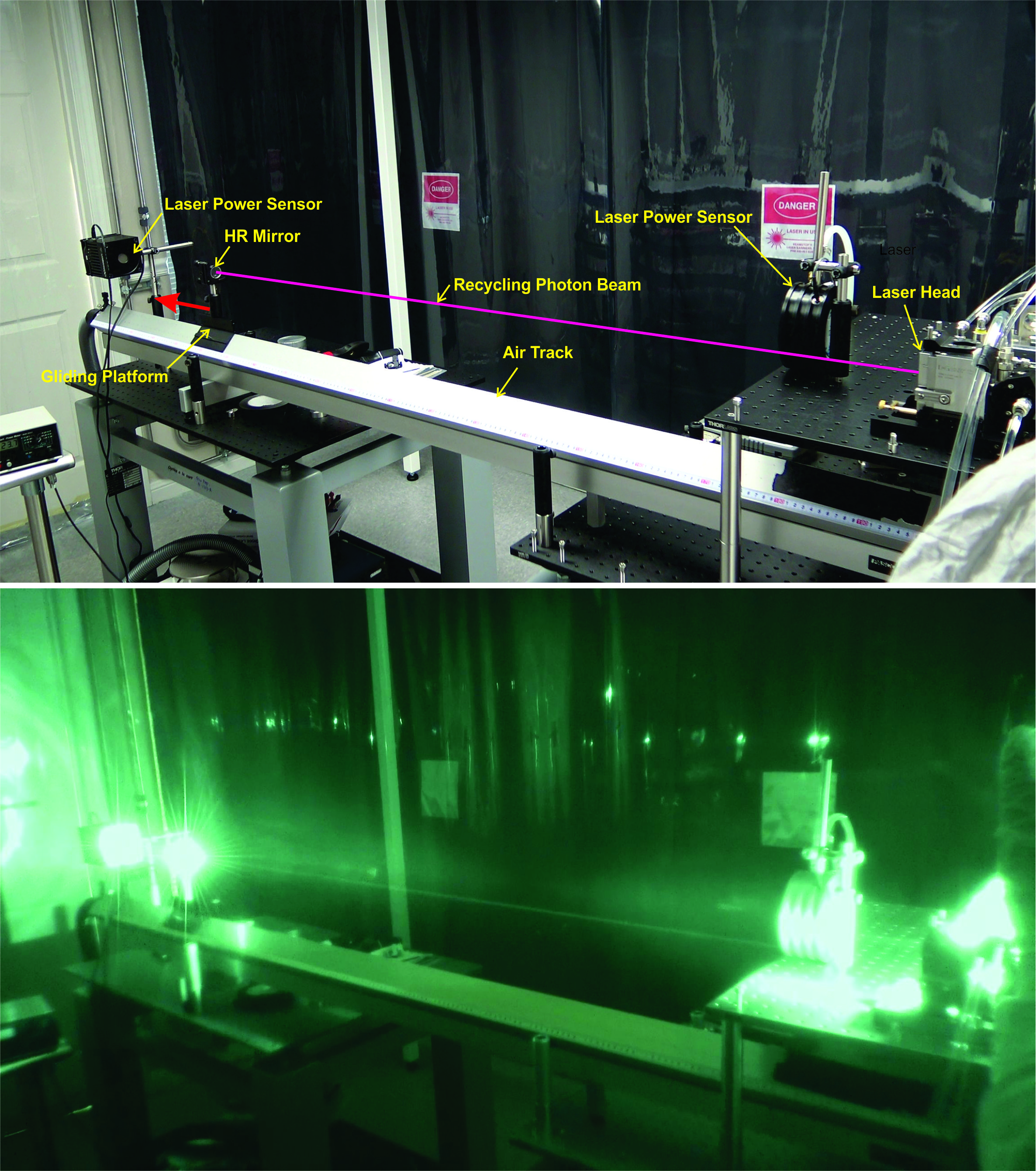 TUSTIN, CA — May 14, 2015 – Y.K. Bae Corporation announces their proprietary Photonic Laser Thruster (PLT) has successfully accelerated a 450 gram (~1 lb.) spacecraft simulator with pure laser light for the first time in history. The project was funded by a Phase II grant of NASA Innovative Advanced Concepts (NIAC), which funds the most promising ideas for the next generation NASA space missions.

The PLT demonstration simulated beaming thrust between vehicles, which also included slowing and stopping the simulator. Benefits of a PLT spacecraft system include a dramatic reduction in fuel consumption in a wide range of space applications, such as orbit adjustments, drag compensation, and rendezvous and docking.  The thrust-beaming capability of PLT further enables a distributed multivehicle approach, a revolutionary departure from the “all-in-one” single-spacecraft approach.

Y.K. Bae Team is currently developing space-qualifiable PLTs, and scaling up PLT in thrust and operation range.  “Our next milestone is a flight demonstration in low earth orbit, which will prove the technology of PLT-enabled precision formation flying and stationkeeping with small satellites,” according to Dr. Bae, CEO of Y.K. Bae Corporation.

Background:
Y.K. Bae Corp was founded by Dr. Young K. Bae in 2007 to develop innovative space propulsion and x-ray generation technologies that enable more cost-effective and commercially viable enterprises in space. Since then, Y.K. Bae Team has discovered, researched and proven several revolutionary technologies, including the Photonic Laser Thruster and the ultra-high-energy molecule, Metastable Innershell Molecular State (MIMS) primarily under grants and contracts by NASA and DoD. Their work has been widely published in the scientific press, and presented at numerous science and industry meetings.