By SpaceRef Editor
September 10, 2014
Filed under Commerce, Orbital ATK, US 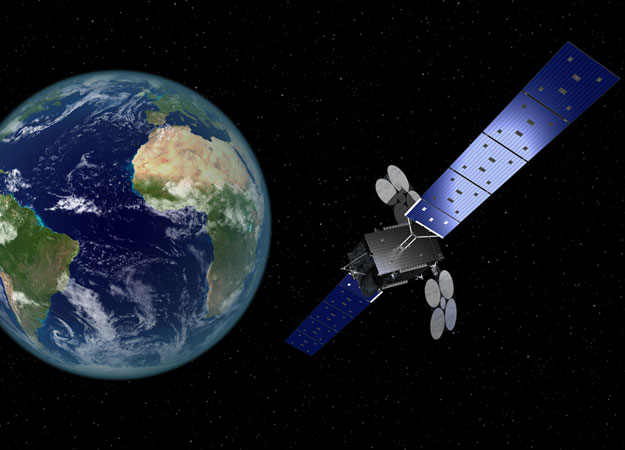 Orbital Sciences Corporation (NYSE:ORB), one of the world’s leading space technology companies, today announced that Al Yah Satellite Communications Company PrJSC (Yahsat), the UAE-based satellite operator, has awarded the company a firm contract to build the Al Yah 3 Ka-band communications satellite. Based on Orbital’s GEOStar-3™ satellite platform, the Al Yah 3 satellite will be designed, manufactured and tested at Orbital’s satellite manufacturing facility in Dulles, VA. The satellite will extend Yahsat’s commercial Ka-band coverage to an additional 600 million users across Africa and Brazil. Al Yah 3 will be launched aboard an Arianespace rocket in the fourth quarter of 2016. Al Yah 3 is the second GEOStar-3 contract award to be announced this year and will be the 28th Orbital-built satellite launched into orbit aboard an Ariane rocket.

Commenting on the appointment of Orbital, Masood M. Sharif Mahmood, Chief Executive Officer at Yahsat, said: “After a rigorous selection process, Yahsat has chosen Orbital to design, manufacture and test its third satellite scheduled for launch in late 2016. With an impressive track record of building more than 150 satellites that have amassed over 1,000 years of in-orbit experience, Orbital has proven their ability to meet and exceed our expectations for world class connectivity in Africa and Brazil.”

Al Yah 3 will be an all Ka-band high-throughput and light-weight satellite that will set a new standard for affordability and flexibility in its class, while also providing the high quality and dependability of Orbital’s reliable GEOStar product line. It will enable the delivery of affordable broadband communications services to numerous countries across Africa, covering 60% of the continent’s population, and will also serve Brazil, covering more than 95% of its population.

“We are honored to partner with Yahsat to design, build, test and deliver the Al Yah 3 satellite,” said David W. Thompson, Orbital’s Chairman and Chief Executive Officer. “This project directly affects the development of the advanced technology industry in the UAE and our team is proud to help advance our customer’s goal. We look forward to working with the Yahsat team and welcome them into the family of GEOStar customers.”

Orbital’s communications satellites are based on the company’s GEOStar satellite platform, which is able to accommodate all types of commercial communications payloads. The GEOStar design is optimized for satellite missions requiring up to 8 kilowatts of payload power. The affordable GEOStar-2 and GEOStar-3 satellite platforms can be built and delivered on schedules that are among the shortest in the industry. The hybrid electric propulsion GEOStar-3-based spacecraft provides the benefits of higher power and greater payload capability while still maintaining advantageous launch costs.

Orbital develops and manufactures small- and medium-class rockets and space systems for commercial, military and civil government customers. The company’s primary products are satellites and launch vehicles, including low-Earth orbit, geosynchronous-Earth orbit and planetary exploration spacecraft for communications, remote sensing, scientific and defense missions; human-rated space systems for Earth-orbit, lunar and other missions; ground- and air-launched rockets that deliver satellites into orbit; and missile defense systems that are used as interceptor and target vehicles. Orbital also provides satellite subsystems and space-related technical services to U.S. Government agencies and laboratories. More information about Orbital can be found on the company’s web site. Follow Orbital on Twitter and Facebook.

Yahsat provides multipurpose satellite solutions (government and commercial) for broadband, broadcast, government, and communications use across the Middle East, Africa, and Europe in addition to Central and South West Asia. Based in Abu Dhabi, UAE, and wholly owned by Mubadala Development Company, the investment vehicle of the Government of Abu Dhabi, Yahsat is the first company in the Middle East and Africa to offer multi-purpose satellite services including:

Yahsat’s first satellite Y1A was successfully launched in April 2011 and the company’s second satellite Y1B was successfully launched in April 2012. Yahsat has announced plans to launch its third satellite, Al Yah 3, in 2016, extending their commercial Ka-band coverage across Africa and, for the first time, in Brazil. For more information visit www.Yahsat.ae or www.mubadala.ae