By SpaceRef Editor
October 31, 2017
Filed under Commerce, Orbital ATK, US 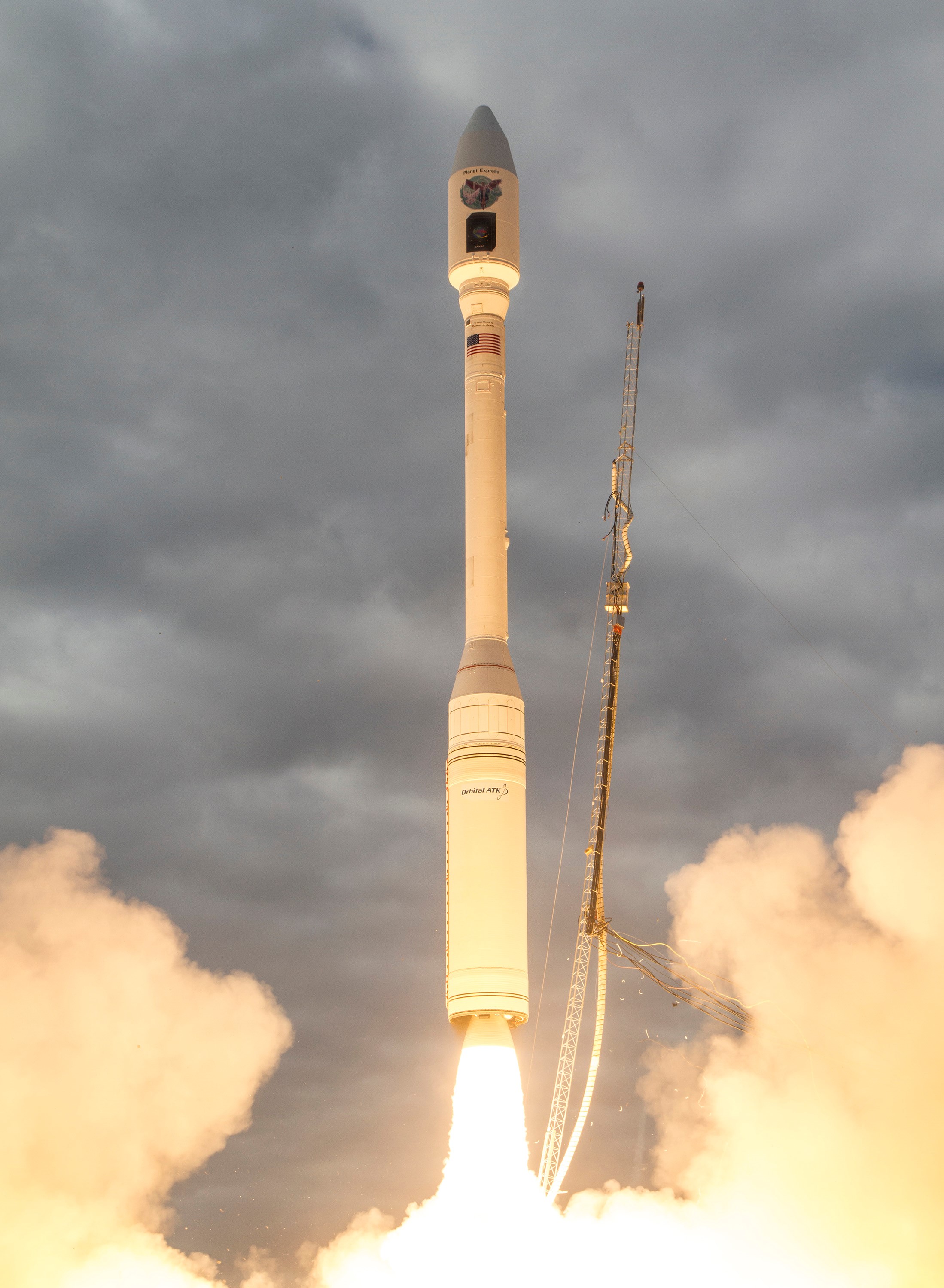 The rocket’s first stage ignited at 2:37 p.m. (PDT), and just over 12 minutes later, Planet’s six SkySat spacecraft began to deploy one at a time into their targeted sun synchronous orbit 310 miles (500 kilometers) above the Earth. Following deployment of the main satellites, Planet’s four secondary Dove spacecraft deployed. From this orbit, the Dove and SkySat network of remote sensing satellites will deliver a global information feed to businesses, governments and non-governmental organizations (NGOs) around the world.

Planet’s Dove and SkySat satellites, which are manufactured in California, are some of the most capable spacecraft per kilogram ever produced. A record-breaking 275 Dove satellites have been successfully deployed and operated in space and today collect more imagery per day than any other fleet of commercial satellites. The constellation of 13 SkySats is the world’s largest commercial, sub-meter fleet of high-res satellites operating in space.

Orbital ATK is a global leader in aerospace and defense technologies.  The company designs, builds and delivers space, defense and aviation systems for customers around the world, both as a prime contractor and merchant supplier.  Its main products include launch vehicles and related propulsion systems; missile products, subsystems and defense electronics; precision weapons, armament systems and ammunition; satellites and associated space components and services; and advanced aerospace structures. Headquartered in Dulles, Virginia, Orbital ATK employs approximately 13,000 people across the U.S. and in several international locations.  For more information, visit www.orbitalatk.com.