By SpaceRef Editor
February 10, 2015
Filed under Education, NASA HQ, US 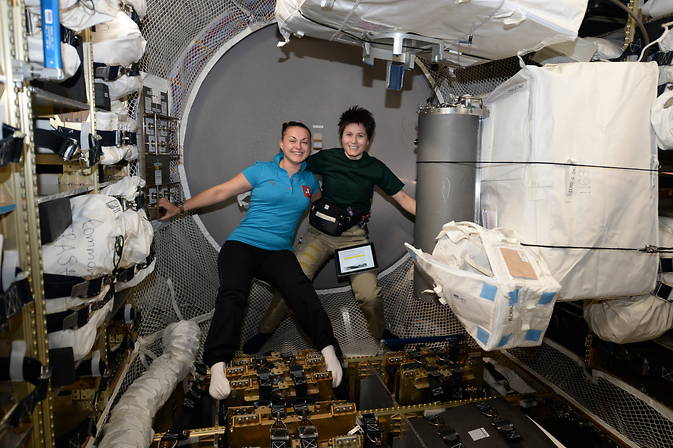 NASA experts, including crew members aboard the International Space Station, will answer questions about science, technology, education and mathematics (STEM) disciplines during a forum called “Women in STEM: STEM in the Global Science Community” from 12:30 to 1:30 p.m. EST on Tuesday, Feb. 17.

The event will be carried live on NASA Television and the agency’s website, and take place in the James E. Webb Auditorium at NASA Headquarters in Washington.

The event is open to the public, but seating is very limited. Anyone may participate in the conversation virtually by asking questions via Twitter using the hashtag #asknasa.

Media also can ask question during the panel discussion through a phone bridge by contacting NASA’s Office of Communications no later than 11 a.m. at 202-358-1100.

The forum panelists are:

The forum also will include a live conversation with space station Expedition 42 Flight Engineers Samantha Cristoforetti of the European Space Agency and Elena Serova of the Russian Federal Space Agency. Students from Washington-area schools will be in the audience to ask questions of Cristoforetti and Serova.

For more information on the International Space Station, its crews and research, visit:

For video and other media resources, visit: