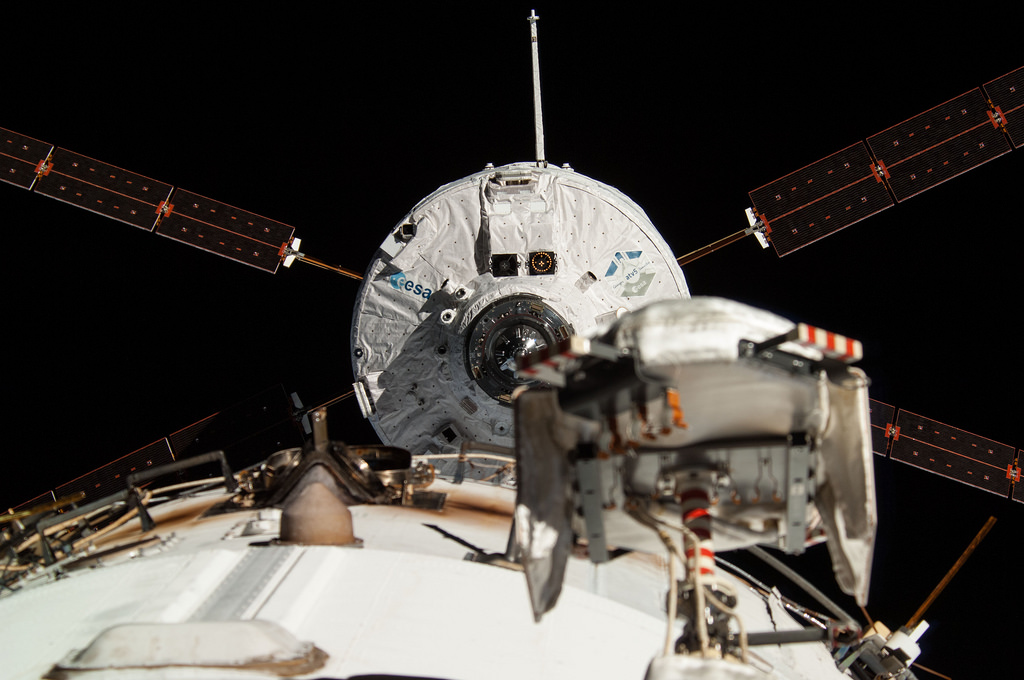 NASA Television will provide live coverage of the departure and the arrival of two cargo spacecraft at the International Space Station (ISS) this month. The European Space Agency’s (ESA) fifth and final Automated Transfer Vehicle (ATV-5) cargo craft will departure the station on Saturday, Feb. 14. Launch and docking of a Russian Progress resupply spacecraft will follow on Tuesday, Feb. 17.

NASA TV coverage of the ATV undocking will begin at 8:15 a.m. EST on Feb. 14.  The “George Lemaitre” ATV-5, which arrived at the orbital laboratory last August, will undock from the aft port of the Zvezda Service Module at 8:40 a.m. After it undocks, the “Georges Lemaitre” will move to a safe distance from the station where it will stay for 13 days until it is deorbited on Friday, Feb. 27.

“Georges Lemaitre” is the fifth and final spacecraft in the series of European supply vehicles that began servicing the station in the spring of 2008. In all, the ATVs delivered approximately 34 tons of supplies to the complex while docked to the station for 776 days. The ship’s reentry into the atmosphere over the South Pacific Ocean will be documented by the Expedition 42 crew on board the station as well as NASA, ESA and other agencies around the world to gather detailed information on the mechanics of the breakup of a spacecraft reentering the Earth’s atmosphere

NASA TV coverage of the ISS Progress 58 spacecraft launch will begin at 5:45 a.m. on Feb. 17. Docking coverage will begin at 11:30 a.m. The Progress will launch at 6 a.m. (5 p.m. Baikonur time) from the Baikonur Cosmodrome in Kazakhstan with almost three tons of food, fuel and supplies for the station’s Expedition 42 crew. Progress 58 will make its four-orbit, six-hour trip to the space station and dock at about noon.

For more information about the International Space Station, and its crews and research, visit: