NASA scientists hope to better understand exactly how and why plants grow differently in space in an experiment named, Tropi. Future astronauts may be able to grow plants as part of life support systems on long-duration space missions to the moon or Mars.

When space shuttle Endeavour hurtles into orbit after its Feb. 7 scheduled launch, it will carry plant and life science investigations and the Tropi experiment, along with six astronauts and a third connecting module, the Tranquility node, to the station. Endeavour’s target liftoff is at 1:39 a.m. PST, and is NASA’s final scheduled space shuttle night launch.

“There’s only one way to determine exactly why plants grow differently in weaker gravity environments, like on the moon and Mars, than on Earth – and that’s by using the microgravity environment in spacecraft orbiting Earth,” said John Z. Kiss, Tropi principal investigator and a professor at Miami University, Oxford, Ohio. “Studying the mechanisms of root and shoot responses to stimuli in microgravity is important to understanding how to effectively use plants in life support systems on long-term space missions.”

Tropi derives its name from the term “tropism.” Phototropism is a plant’s growth response to a direct light source and gravitropism is its growth in response to gravity. Scientists will study the effect of light and different gravity levels on plant root growth by recreating various levels of gravity from microgravity – the weightlessness experienced on the International Space Station – or at gravity levels on Earth, the moon and Mars, on the station by spinning plants at various speeds inside a centrifuge.

Using a microscope and tweezers, scientists precisely embedded the tiny seeds, about the size of a grain of sand, into guar gum, an adhesive, to keep them in place during their launch, orbit and re-entry phase of the mission. The membrane contains lines that measure 3-millimeters-by-3-millimeters to help scientists measure the plants’ growth – approximately 10-millimeters during a six-day experiment.

“Placing each tiny seed, building the seed cassettes and integrating them into the experiment containers is like surgery, because it requires precision, attention to detail and teamwork,” said Kenny Vassigh, Tropi project manager at NASA Ames. “The experiment is ready for flight, thanks to the cooperative effort by the Tropi science and engineering teams at NASA Ames, along with their partners at Miami University.”

The European Space Agency developed the European Modular Cultivation System (EMCS), a facility focused on plant biology research located on the station. Once in orbit, NASA astronauts Jeff Williams and T.J. Creamer will place the experiment containers in the EMCS incubator to conduct the experiment in a temperature, humidity and atmosphere-controlled environment.

After the experiment is completed, astronauts will remove the containers from the incubator and remove the cassettes containing seedlings. The samples are then frozen to ensure they are preserved and to prevent any ribonucleic acid (RNA) degradation, prior to being analyzed on Earth.

Tropi first flew to the station on shuttle missions STS-121 and STS-115 in 2006. While these earlier experiments successfully obtained data in microgravity, no moon or Mars gravity levels data were obtained. Shuttle flight STS-130 will complete the science objectives.

For more information about science on the International Space Station, visit: 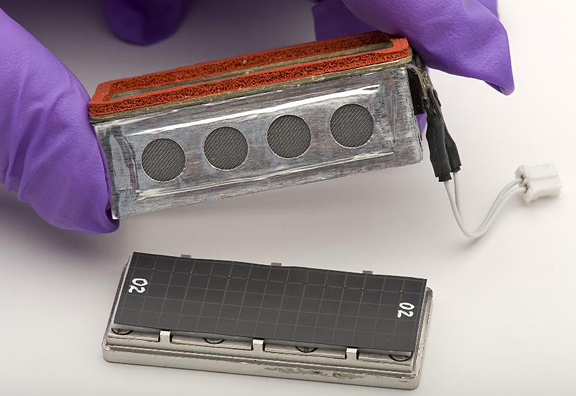 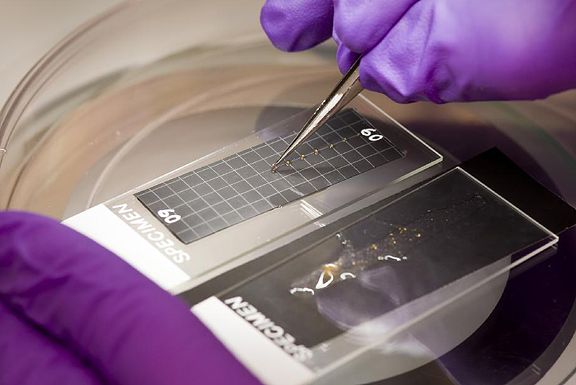 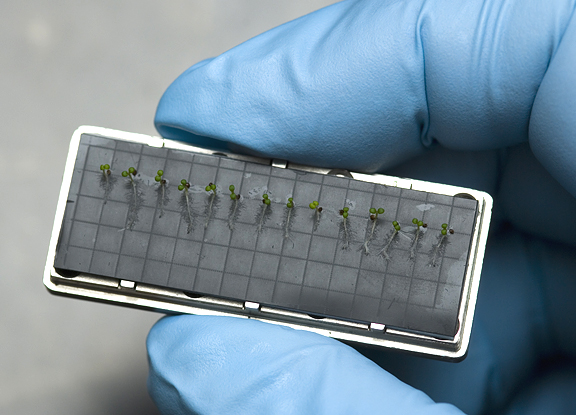