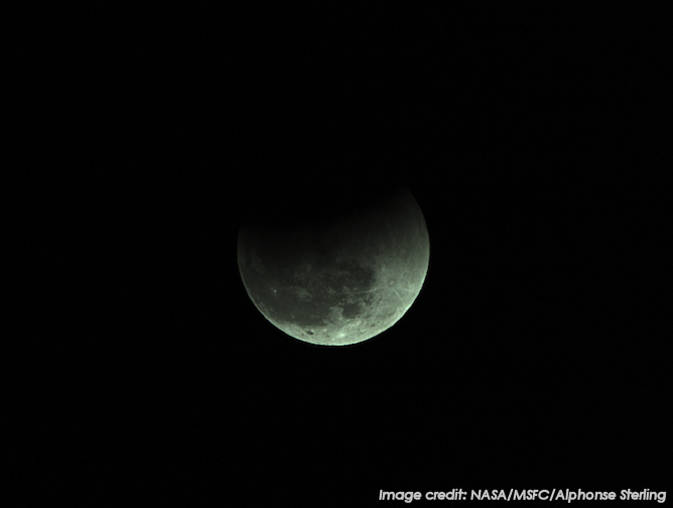 NASA will host a media teleconference at 1 p.m. EDT on Friday April 3, to explain and answer questions about the shortest lunar eclipse of the century.

The eclipse will happen at 6:16 a.m. EDT Saturday, April 4, and last for only five minutes.

Mitzi Adams, astronomer at NASA’s Marshall Space Flight Center in Huntsville, Alabama, will take media questions about the celestial event where the bright full moon will turn a shady red. The teleconference number is 888-324-0280, with the passcode 34973.

The lunar eclipse will be visible from most of the United States. Eastern North America and western South America can see beginning stages of the partial umbral eclipse low in the west before sunrise. In Asia, India, western China and Russia, the ending stages of the partial umbral eclipse can be viewed low in the east after sunset.

During an eclipse, the moon often looks reddish because sunlight has passed through Earth’s atmosphere, which filters out most of its blue light. This eerie, harmless effect has earned the nickname “blood moon.”

For a total lunar eclipse to happen, the moon must be full, which means it is directly opposite the sun, with Earth in between. The moon moves into the shadow cast by the sun shining on Earth.  An eclipse does not occur every month because sometimes the moon is above the shadow and sometimes below.

The Griffith Observatory in Los Angeles will provide a live feed from their telescope starting at 6 a.m. EDT on April 4: http://www.ustream.tv/channel/nasa-msfc

A world map of eclipse visibility can be found at: http://go.usa.gov/3gwxP