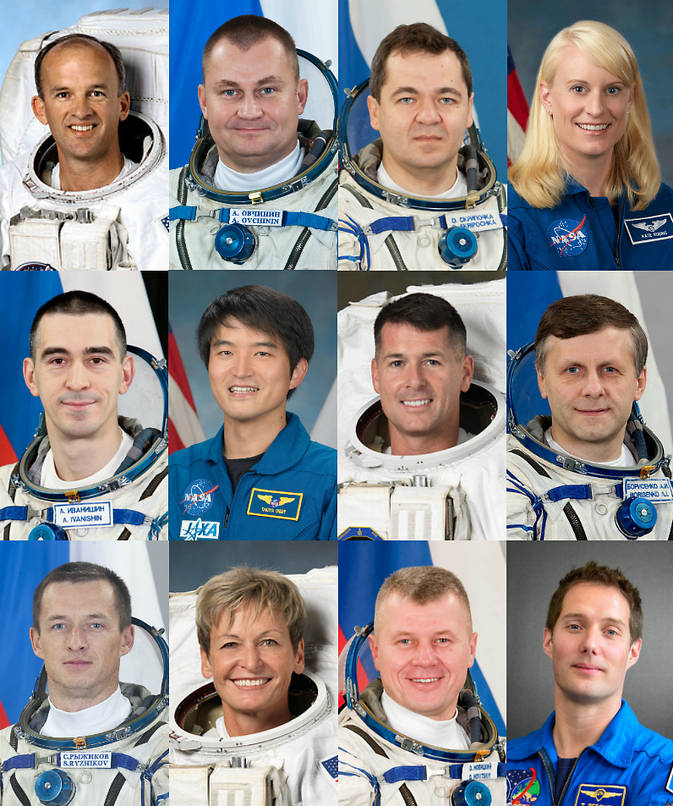 NASA and its International Space Station partners have announced the crew members, including NASA astronauts Kate Rubins, Shane Kimbrough and Peggy Whitson, for three upcoming missions to the space station.

Rubins will be the first of the three with her mission beginning in May 2016, when she will join the station’s Expedition 48 crew already in orbit. Selected to become an astronaut in 2009, this will be her first trip into space. Rubins was born in Farmington, Connecticut, and grew up in Napa, California. She holds a doctorate in cancer biology from Stanford.

Kimbrough, born in Killeen, Texas, and raised in Atlanta, is a retired U.S. Army colonel. He previously flew aboard space shuttle Endeavour during its STS-126 mission in 2008. Kimbrough has spent almost 16 days in space and accumulated 12 hours and 52 minutes on spacewalks.

Whitson, an Iowa native born in Mt. Ayr and raised in Beaconsfield, holds a doctorate in biochemistry from Rice University. She completed two six-month tours of duty aboard the space station, the second as its first female commander. She has spent 377 days in space between the two missions. Whitson also has performed six spacewalks, totaling 39 hours and 46 minutes.

The crew comprising Expedition 48 will be:

The crew comprising Expedition 49 will be:

The crew comprising Expedition 50 will be: