NASA Image of the Day: This Planet Smells Funny 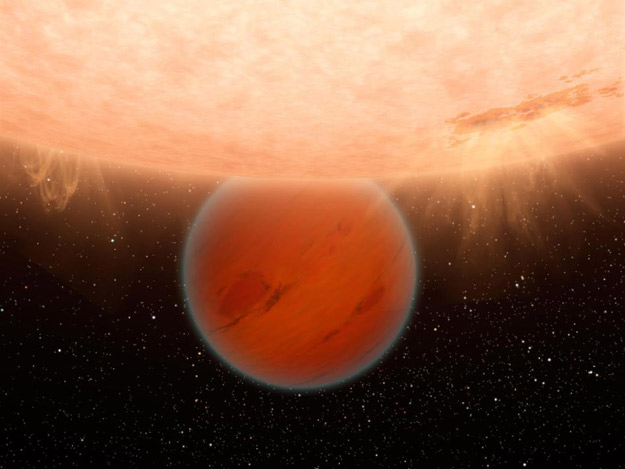 Giant planet GJ 436b in the constellation Leo is missing something–and that something is swamp gas.

To the surprise of astronomers who have been studying the Neptune-sized planet using NASA’s Spitzer Space Telescope, GJ 436b has very little methane–an ingredient common to many planets in our own solar system. This artist’s concept shows the unusual, methane-free world partially eclipsed by its star.

Models of planetary atmospheres indicate that any world with the common mix of hydrogen, carbon and oxygen, and a temperature up to 1,000 Kelvin (1,340 degrees Fahrenheit) should have a large amount of methane and a small amount of carbon monoxide. But at about 800 Kelvin (or 980 degrees Fahrenheit), GJ 436b it does not. The finding demonstrates the diversity of exoplanets and the need for further study.