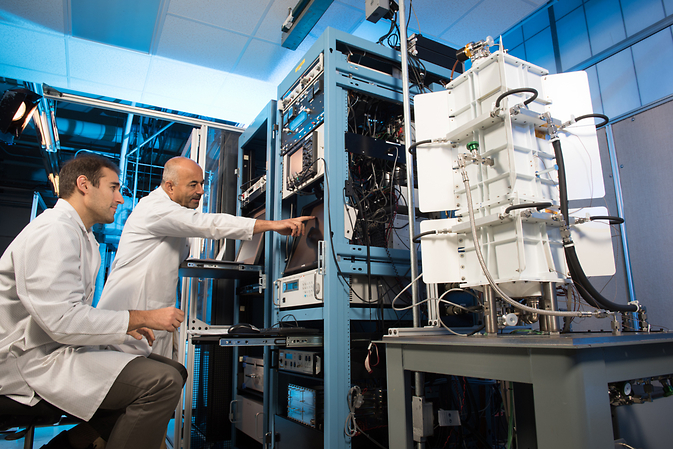 This second engineering unit, called the EU2, is electrically heated to simulate future potential radioisotope-fueled systems that could be deployed on robotic missions throughout the solar system. Given their higher power to mass ratio compared to traditional radioisotope thermoelectric generators, such Stirling systems could also be part of long-term human exploration beyond Earth.

The EU2 was assembled and became operational five weeks ahead of schedule, which allowed an earlier start of data collection from this high fidelity engineering configuration. Glenn initiated testing of the system in ground-based environments, with the potential for the system to be used in simulated space environments.

“The early achievement of this engineering milestone is an important step toward demonstrating the flight readiness of Stirling technology,” said John Hamley, manager of NASA’s Radioisotope Power Systems (RPS) Program, based at Glenn in Cleveland. “This energy conversion technology could both enable exciting science and extend the U.S. supply of radioisotope fuel for future solar system exploration missions.”

Results from EU2 testing will be used to advance the design of Stirling space power systems, particularly in the areas of power control performance, the correlation of testing results with the analysis model, and unit reliability. The new engineering model uses the latest generation of Stirling convertors produced by Sunpower, Inc., in Athens, Ohio, which became available to bring in-house to Glenn when the ASRG flight project was cancelled.

This work is sponsored by NASA’s Radioisotope Power Systems Program for the Science Mission Directorate at NASA Headquarters, Washington, D.C.

For more information about the RPS Program, visit:

For more information about Glenn, visit: