By SpaceRef Editor
June 1, 2007
Filed under exploration, NASA HQ, US

WASHINGTON – In late May, a NASA-funded robot successfully navigated one of the world’s deepest sinkholes. The mission could be a prelude to a future mission to Jupiter’s moon Europa, believed to contain a liquid water ocean. The Deep Phreatic Thermal Explorer (DEPTHX) is a 3,300-pound, computerized, underwater vehicle that makes its own decisions. With more than 100 sensors, 36 onboard computers, and 16 thrusters and actuators, it decides where to swim, which samples to collect and how to get home.

DEPTHX dove repeatedly into the depths of Mexico’s mysterious Sistema Zacaton sinkhole, or cenote, testing a variety of sensors, sonars, and other equipment. The robot also obtained numerous samples of water and the gooey biofilm that coated the cenote walls. Reaching depths of 1099 feet, the battery-powered robot traveled deeper into the sinkhole than human divers could reach. Though initially operated on a data-tether, DEPTHX also operated autonomously, without a tether or human guidance, for up to eight hours at a time.

On May 26, DEPTHX autonomously descended into Zacaton, collected a wall core sample and safely returned to the surface, all without scripted instructions. Two days later, again operating without a tether, DEPTHX further explored and mapped Zacaton, using a novel form of three-dimensional navigation known as Simultaneous Localization and Mapping.

Both of these capabilities – autonomous science operations and autonomous navigation and mapping – will be useful to a new generation of planetary robotic systems.

Funded by NASA’s Astrobiology Science and Technology for Exploring Planets program and led by principal investigator Bill Stone of Stone Aerospace, Inc., Austin, Texas, the project now is ready to take the next step in Earth exploration.

“The successful tests in Mexico pave the way for a trip to Antarctica’s Lake Bonney in late 2008. There, conditions more closely resemble those on Europa,” said John Rummel, senior scientist for astrobiology at NASA Headquarters, Washington. “We’re learning how to explore Europa by first exploring analogue environments here on Earth.”

Although NASA’s long-term goal is to build a smaller robot that can function independently on another world, DEPTHX is generating important new discoveries. For the first time, scientists can collect specimens from the undisturbed world of sinkholes or other deep watery environments, bringing back new types of bacteria that one day may lead to earthly benefits such as advanced medical therapies or new kinds of materials.

While DEPTHX engineers aimed to build a machine that behaves like a microbiologist, smaller versions of the robot also might be equipped as safety inspectors to examine underwater dams or drilling platforms.

The robot explored the underwater environment and navigated back to the surface at the end of each day using 500 three-dimensional maps continually updated in real time on supercomputers built by scientists at Carnegie Mellon University, Pittsburgh.

DEPTHX is a $5 million, three-year project that includes scientists and engineers from Stone Aerospace; Carnegie Mellon University; the University of Texas at Austin; the Colorado School of Mines, Golden; the University or Arizona, Tucson; and the Southwest Research Institute, San Antonio, Texas.

To learn more about the DEPTHX and other NASA projects, visit:

These two images (stoneaerospace.com) were taken by the bot during an autonomous bio-sample collection mission in Cenote Zacaton. The wide field (first) image shows the target collection area; the Stage 2 camera (second) shows the collection being made as the sample corer fires a spring loaded hollow tube into the rock. It subsequently retracts and a lid snaps shut retaining the sample. At that point the mission is over and the bot returns to the surface for transfer of the sample. All such samples are currently being analyzed by Dr. John Spear at Colorado School of Mines in Golden. 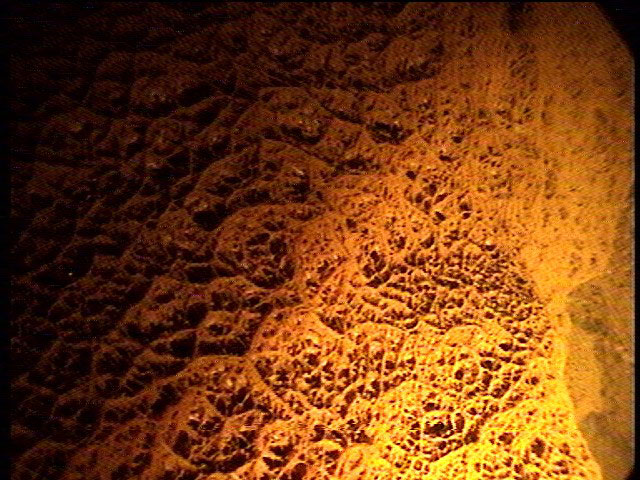 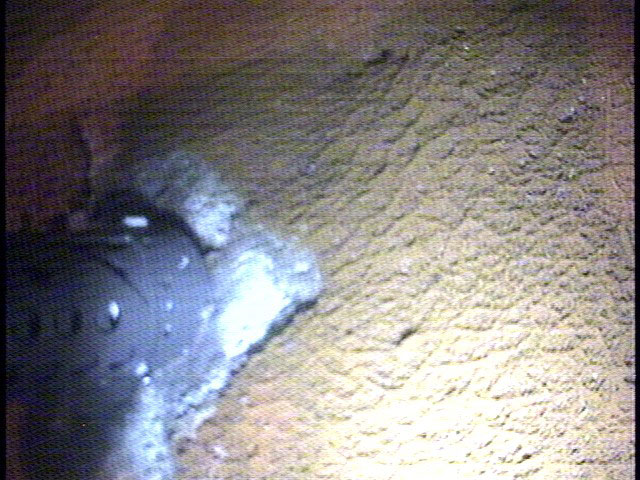