By SpaceRef Editor
November 17, 2015
Filed under Education, NASA HQ, US 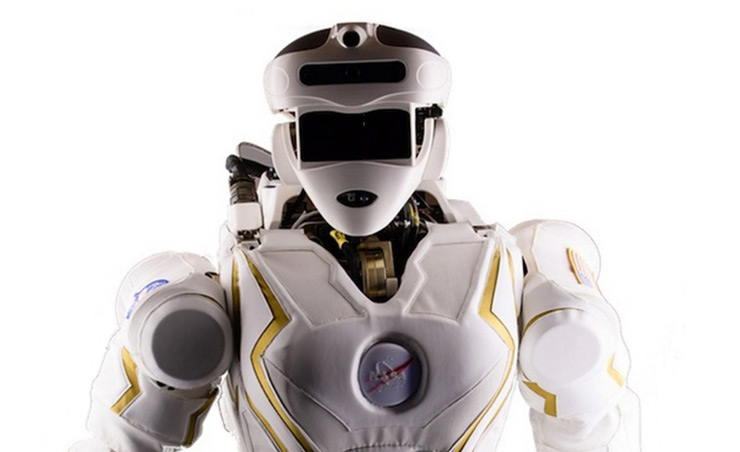 Humanoid robots will be helpful to astronauts on our journey to Mars, so NASA has awarded prototypes to two universities for advanced research and development work.

NASA is interested in humanoid robots because they can help or even take the place of astronauts working in extreme space environments. Robots, like NASA’s R5, could be used in future NASA missions either as precursor robots performing mission tasks before humans arrive or as human-assistive robots actively collaborating with the human crew. R5 initially was designed to complete disaster-relief maneuvers, however, its main goal is to prove itself worthy of even trickier terrain — deep space exploration.

“Advances in robotics, including human-robotic collaboration, are critical to developing the capabilities required for our journey to Mars,” said Steve Jurczyk, associate administrator for the Space Technology Mission Directorate (STMD) at NASA Headquarters in Washington. “We are excited to engage these university research groups to help NASA with this next big step in robotics technology development.”

The two university proposals selected are:

Robust Autonomy for Extreme Space Environments: Hosting R5 at Massachusetts Institute of Technology in Cambridge, Massachusetts, led by principal investigator Russ Tedrake
Accessible Testing on Humanoid-Robot-R5 and Evaluation of NASA Administered (ATHENA) Space Robotics Challenge — Northeastern University in Boston, Massachusetts, led by principal investigator Taskin Padir
The two university groups were chosen through a competitive selection process from groups entered in the Defense Advanced Research Projects Agency (DARPA) Robotics Challenge. They also will receive as much as $250,000 a year for two years and have access to onsite and virtual technical support from NASA. STMD’s Game Changing Development Program, which is charged with rapidly maturing innovative technologies that will one day change the way NASA explores space, is funding the research.

The university principal investigators will serve as critical partners in NASA’s upcoming Space Robotics Challenge where the two R5 units will act as instruments. The challenge is part of the agency’s Centennial Challenges Program, and is divided into two competitions: a virtual competition using robotic simulations, and a physical competition using the two upgraded R5 robots. The goal of the challenge is to create better software for dexterous humanoid robots used in space missions, giving them more autonomy.