NASA Awards Radiation Challenge Winners, Launches Next Round to Seek Ideas for Protecting Humans on the Journey to Mars

By SpaceRef Editor
April 16, 2015
Filed under Education, NASA HQ, US 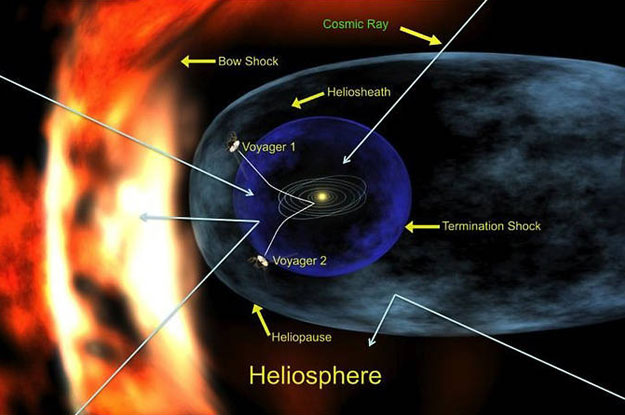 NASA awarded $12,000 to five winners of a challenge to mitigate radiation exposure on deep space missions and launched a new follow-on challenge to identify innovative ways of protecting crews on the journey to Mars.

The follow-on challenge offers an award of up to $30,000 for design ideas to protect the crew on long-duration space missions. Anyone can participate in the challenge, which will be open Wednesday, April 29 through Monday, June 29, 2015.

“We are very impressed with the enthusiasm and sheer number of people from the public who showed interest in solving this very difficult problem for human space exploration,” said Steve Rader, deputy manager of the Center of Excellence for Collaborative Innovation. “We look forward to seeing what people will come up with in this next challenge to find the optimal configuration for these different protection approaches.”

Galactic cosmic rays (GCRs), high-energy radiation that originates outside the solar system are a major issue facing future space travelers venturing beyond low-Earth orbit. These charged particles permeate the universe and exposure to them is inevitable during space exploration. Because missions to Mars will require crews to remain beyond the protection of Earth’s magnetic field and atmosphere for approximately 500 days and potentially more than 1,000 days, learning how to protect human explorers from the effect of exposure to GCRs is a high priority.

While the five winners selected in the first challenge did not identify a solution that ultimately solves the problem of GCR risk to human crews, the first place idea did provide a novel approach to using and configuring known methods of protection to save substantial launch mass and lower launch costs over multiple missions. The other winning submissions all provided solid proposed configurations on known approaches and were supported with sound engineering and mathematics.

1st place ($5,000): George Hitt, assistant professor of Physics and Nuclear Engineering at Khalifa University, United Arab Emirates, for his novel idea on reusing a shield that could be placed in a Mars Transfer Orbit.

2nd Place ($3,000): Ian Gallon, retired researcher in electro-magnetics of Bridport, England, for his mathematical details on what it would take for an active radiation mitigation system to function well.

3rd Place ($2,000): Olivier Loido, freelance engineer of Toulouse, France, for his concepts for a launch configuration and deploying an array of magnets.

4th Place ($1,000 each): Markus Novak, recent graduate from Ohio State University of Dublin, Ohio, for his creation of safe areas through particle trajectory simulations, and Mikhail Petrichenkov of Russia for his concept of operations making use of NASA Storm Shelter work.

NASA’s goal is to identify key solutions that will reduce crew members’ total radiation dose from exposure to GCRs on long duration deep space missions by at least a factor of four.

In a continued effort to achieve that goal, the agency has developed a second challenge that asks the public for ideas on optimal configurations of active and passive solutions to provide crew members maximum protection. Active protection uses magnetic or electrostatic fields to deflect the harmful radiation, while passive protection uses material layering to shield the crew from the GCRs.

These challenges are managed by the Center of Excellence for Collaborative Innovation (CoECI). CoECI is a multi-center organization established at the request of the White House Office of Science and Technology Policy to advance NASA’s open innovation efforts and extend that expertise to other federal agencies. CoECI is directly supported by the Human Health and Performance Directorate at NASA’s Johnson Space Center in Houston. The challenges are hosted on the NASA Innovation Pavilion through its contract with InnoCentive, Inc.

To participate in the challenge beginning April 29, visit: https://www.innocentive.com/pavilion/NASA