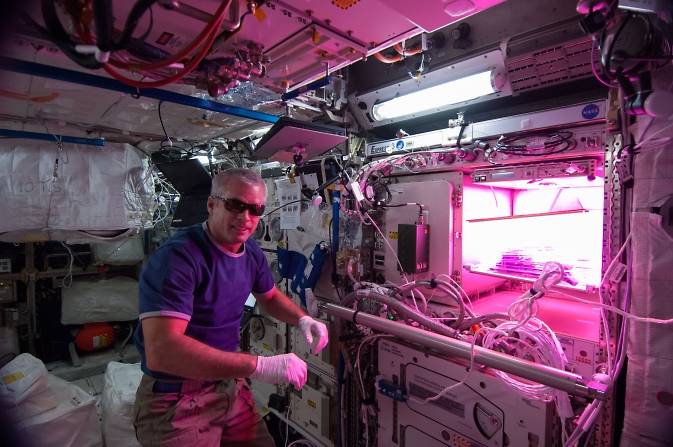 NASA astronaut Steve Swanson, who returned in September 2014 from 169 days of living and working aboard the International Space Station, is visiting the Washington area today through Thursday, March 5, to discuss with students and local innovators research being done on the station.

Swanson will accompany U.S. Department of Agriculture Deputy Secretary Krysta Harden at 1 p.m. Tuesday, March 3, on a visit to Gwynn Park High School in Brandywine, Maryland, where they will speak to students about science, technology, engineering, and mathematics (STEM), and the connection with the future of agriculture, including Swanson’s research in vegetable plant growth aboard the ISS. The school is located at 13800 Brandywine Road.

Swanson and Harden will discuss the intersection of agriculture and space exploration at 11:30 a.m. on Thursday, March 5, at the University of Maryland’s College of Agriculture in College Park.

Media who want to attend any of these events should contact Sarah Ramsey at 202-358-1694 or sarah.ramsey@nasa.gov.

For information about the International Space Station, visit:  http://www.nasa.gov/station