By SpaceRef Editor
July 9, 2014
Filed under Education, NASA HQ, US 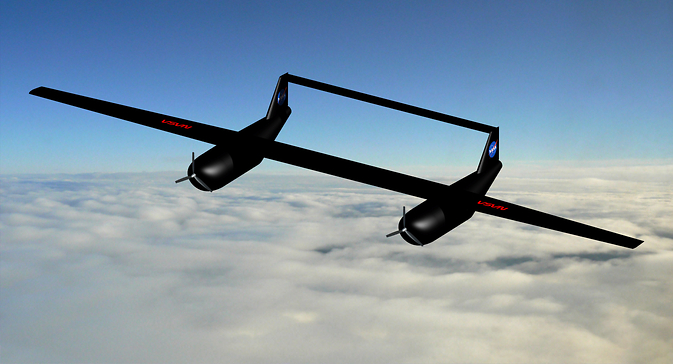 Engineering teams at Virginia Polytechnic Institute and State University in Blacksburg, Purdue University in West Lafayette, Indiana, and the University of Virginia (UVA) in Charlottesville were named first- through third-place winners, respectively, of the agency’s 2013-2014 University Aeronautics Engineering Design Challenge.

This year’s challenge called on university students, with faculty advisors, to design a new UAS that can exceed the flight limitations of systems currently used to track and gather data on hurricanes throughout the Atlantic Ocean storm season, which runs June 1 to Nov. 30.

“The data gathered by UAS’s is crucial to refining computer models so we can better predict not just the path of these storms, but also the process of hurricane formation and growth,” explained Craig Nickol, a NASA aerospace engineer and technical lead for the contest at the agency’s Langley Research Center in Hampton, Virginia. “This is where current systems fall short.”

Accurate predictions of storm formation and growth require several days of uninterrupted observations and measurements. However, systems now in use to gather storm data, similar to the Global Hawk UAS, have a limited flight endurance of 24 hours per takeoff. Among other stringent criteria, papers submitted for the challenge had to successfully demonstrate how the team’s system design would provide persistent five-month aerial coverage over an area of the Atlantic Ocean off the west coast of Africa where tropical depressions can form into hurricanes. Through this five-month period, systems must be capable of flying non-stop a minimum of seven days.

Virginia Tech’s team of nine university seniors won first place with its Gobble Hawk, an aerial system consisting of two aircraft, each with a flight endurance of 7.8 days and using liquid hydrogen as a fuel source. The team estimated the total cost of the system at $199.5 million for production plus 10 years of operation and maintenance.

Taking second place, Purdue’s OQ451-5 Trident is a hydrogen-powered UAS capable of seven days of uninterrupted flight over the monitoring area. Its approximate costs include $310 million for design, $78 million for production and operating costs of about $17,000 per flight hour.

UVA captured third place with its submission, an aircraft dubbed The Big WAHOO – a hat-tip to the school’s unofficial nickname and also an acronym for Worldwide Autonomous Hurricane and Oceanic Observer – has a flight endurance of 7.5 days. The team estimated the operating life of the aircraft to be 15 years, with a total lifecycle cost of about $493.7 million.