By SpaceRef Editor
July 6, 2012
Filed under Commerce, NASA HQ, US 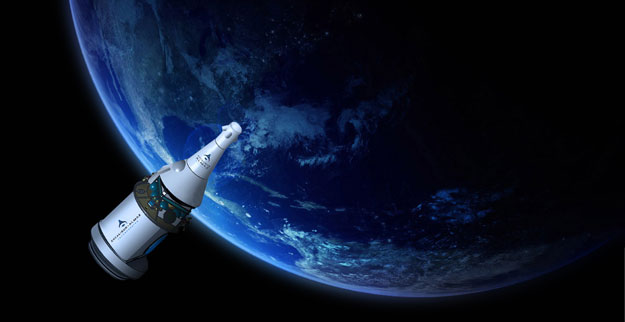 EAI, based in Houston, began exchanging technical information with NASA about its human spacecraft concept for low Earth orbit crew transportation in October 2011 under an unfunded Space Act Agreement (SAA). The company and NASA reviewed the design of the spacecraft, its systems requirements and compatibility with launch vehicle alternatives. Additional milestones included presentations on how the company plans to test and integrate its spacecraft in advance of a crewed launch. All of the EAI SAA milestones were completed by June 19.

“During this unfunded Space Act Agreement with EAI, NASA learned valuable information about how the company plans to upgrade the existing capsule with modern flight capabilities,” CCP Manager Ed Mango said. “We commend the EAI team for completing all of their established milestones during this partnership.”

EAI plans to upgrade human space capsules built and tested decades earlier with new internal systems and a service module. The spacecraft can accommodate three crew members and accompanying cargo during trips to low Earth orbit. It will consist of a reusable reentry capsule, launch abort system and expendable service module. EAI plans to outfit the spacecraft with the ability to land on the ground, rather than in the ocean.

“The interchange of technical information between the EAI team and the NASA Commercial Crew Program during the past year has been a very positive and important step toward the completion of our commercial transportation system,” said Buckner Hightower, EAI chief executive officer. “NASA’s feedback related to clarification of commercial crew transportation requirements was of significant assistance to support our efforts to provide safe, reliable and cost effective space transportation for both commercial and government customers.”