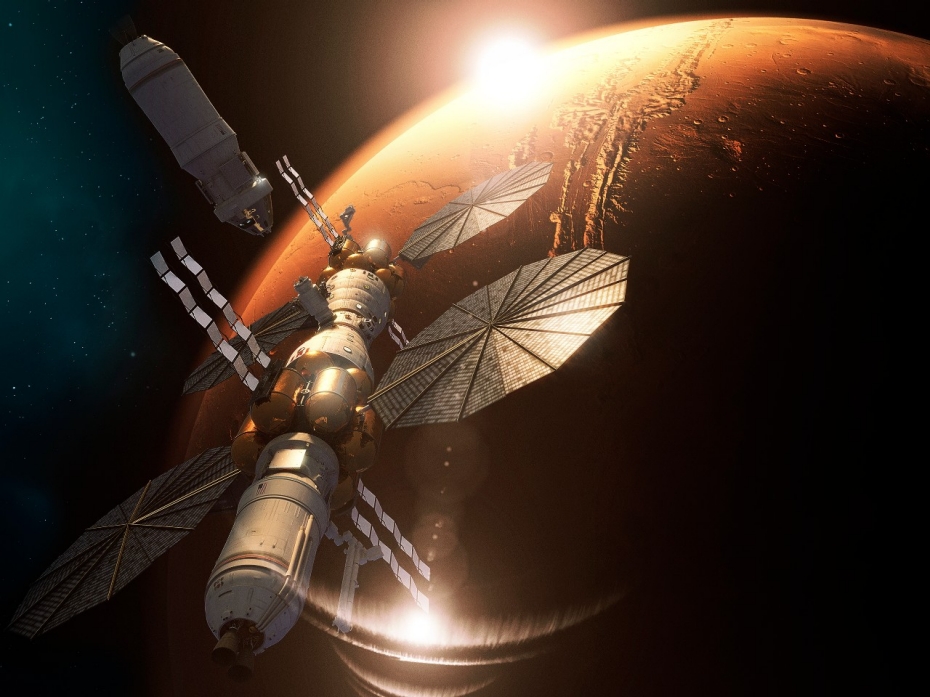 Today, at the International Astronautical Congress (IAC) in Adelaide, Australia, Lockheed Martin (NYSE: LMT) experts are revealing new details of its Mars Base Camp concept including how it aligns with NASA’s lunar Deep Space Gateway and a Mars surface lander.

Mars Base Camp is a vision of how to send humans to Mars in about a decade. It’s a sound, safe and compelling mission architecture centered around an orbital outpost where scientist-astronauts can perform unprecedented, real-time scientific exploration of the Red Planet.

“Sending humans to Mars has always been a part of science fiction, but today we have the capability to make it a reality,” said Lisa Callahan, vice president and general manager of Commercial Civil Space at Lockheed Martin. “Partnered with NASA, our vision leverages hardware currently in development and production. We’re proud to have Orion powered-on and completing testing in preparation for its Exploration Mission-1 flight and eventually its journey to Mars.”

Mars Base Camp is aligned with NASA’s recently-announced lunar Deep Space Gateway approach for developing and testing systems, including Orion, in cis-lunar space before using them to go to Mars. The Gateway allows astronauts to live and work in orbit around the Moon for months at a time while gaining experience with extended operations far from Earth.

On the Gateway, they can perform lunar science and test out systems and operations such as habitats, airlocks, solar electric propulsion, surface telerobotics and even landers. Mars Base Camp would ultimately be built up at the Deep Space Gateway, away from Earth’s gravity, before being deployed to Mars.

Mars Base Camp’s first mission is intended to be an orbiting mission around the Red Planet. Following this, the architecture allows for a surface lander. The concept is designed to be a reusable, single-stage lander capable of descending to the surface from Mars orbit. Each surface mission could last two weeks with up to four astronauts, and then return to the orbiting Mars Base Camp where it would be refueled and readied for another mission.

A webcast (live or replay) of the Mars Base Camp presentation from IAC can be viewed on the Australia Science Channel web site: https://www.australiascience.tv/live-from-the-68th-iac-lockheed-martins-mission-to-mars/

Headquartered in Bethesda, Maryland, Lockheed Martin is a global security and aerospace company that employs approximately 97,000 people worldwide and is principally engaged in the research, design, development, manufacture, integration and sustainment of advanced technology systems, products and services.