By SpaceRef Editor
February 17, 2015
Filed under Extrasolar, Extrasolar Planets, Institute of Physics, US 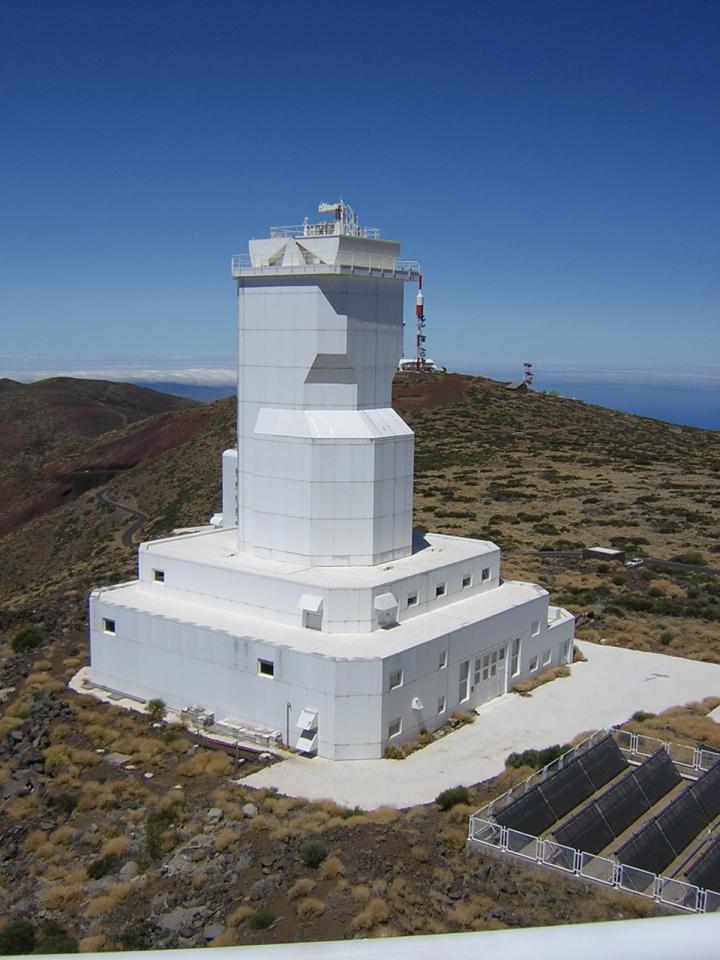 The hunt for Earth-like planets around distant stars could soon become a lot easier thanks to a technique developed by researchers in Germany.

In a paper published today, 18 February, in the Institute of Physics and German Physical Society’s New Journal of Physics, the team of researchers have successfully demonstrated how a solar telescope can be combined with a piece of technology that has already taken the physics world by storm–the laser frequency comb (LFC).

The accompanying video abstract can be viewed here.

It is expected the technique will allow a spectral analysis of distant stars with unprecedented accuracy, as well as advance research in other areas of astrophysics, such as detailed observations of the Sun and the measurement of the accelerating universe by observing distant quasars.

The LFC is a tool for measuring the colour–or frequency–of light, and has been responsible for generating some of the most precise measurements ever made. An LFC is created by a laser that emits continuous pulses of light, containing millions of different colours, often spanning almost the entire visible spectrum.

This “comb” can then be used as a “ruler” to precisely measure the frequency of light from a wide range of sources, such as lasers, atoms or stars.

In their study, the researchers, from the Max Planck Institute of Quantum Optics, the Kiepenheuer Institute for Solar Physics and the University Observatory Munich, performed an analysis on the Sun by combining sunlight from the Kiepenheuer Institute’s solar telescope in Tenerife with the light of an LFC. Both sources of light were injected into a single optical fibre which then delivered the light to a spectrograph for analysis.

Lead author of the study Rafael Probst, of the Max Planck Institute of Quantum Optics, said: “An important aspect of our work is that we use a single-mode fibre, which takes advantage of the wave nature of light to enable a very clean and stable beam at its output. This type of fibre is quite common in telecom and laser applications, but its applications in astronomy are still largely unexplored. The LFC at the solar telescope on Tenerife is the first installation for astronomical use based on single-mode fibres.

“Our results show that if the LFC light and the sunlight are simultaneously fed through the same single-mode fibre, the obtained calibration precision improves by about a factor of 100 over a temporally separated fibre transmission.

Indeed, the researchers envisage using the new technique to not only study the star at the centre of our solar system, but stars much further away from us, particularly to find Earth-like planets that may be orbiting around them.

When a planet orbits a star, the star does not stay completely stationary, but instead moves in a very small circle or ellipse. When viewed from a distance, these slight changes in speed cause the star’s light spectrum to change–a process known as a Doppler shift.

The researchers believe that an LFC would allow them to measure these Doppler shifts much more accurately and therefore increase the chances of spotting Earth-sized, habitable planets.

With conventional calibration techniques, the researchers state that they could measure a change in speed of roughly 1 m/s over large time periods; an LFC could enable measurements with an accuracy of 1 cm/s.

“In astronomy, LFCs are still a novelty and non-standard equipment at observatories. This however, is about to change, and LFC-assisted spectroscopy is envisioned to have a flourishing future in astronomy. Our present work shows how future astronomical LFCs could be utilized,” Probst concludes.

The work is a collaboration comprising the Max Planck Institute of Quantum Optics in Garching, Germany, the Kiepenheuer Institute for Solar Physics in Freiburg, Germany, and the University Observatory Munich in Munich, Germany. Among the contributors are guest scientists from the National Astronomical Observatories of China in Beijing. Menlo Systems GmbH in Martinsried, Germany, is part of the collaboration as an industrial partner.