By SpaceRef Editor
March 18, 2015
Filed under Commerce, Epner Technology, US 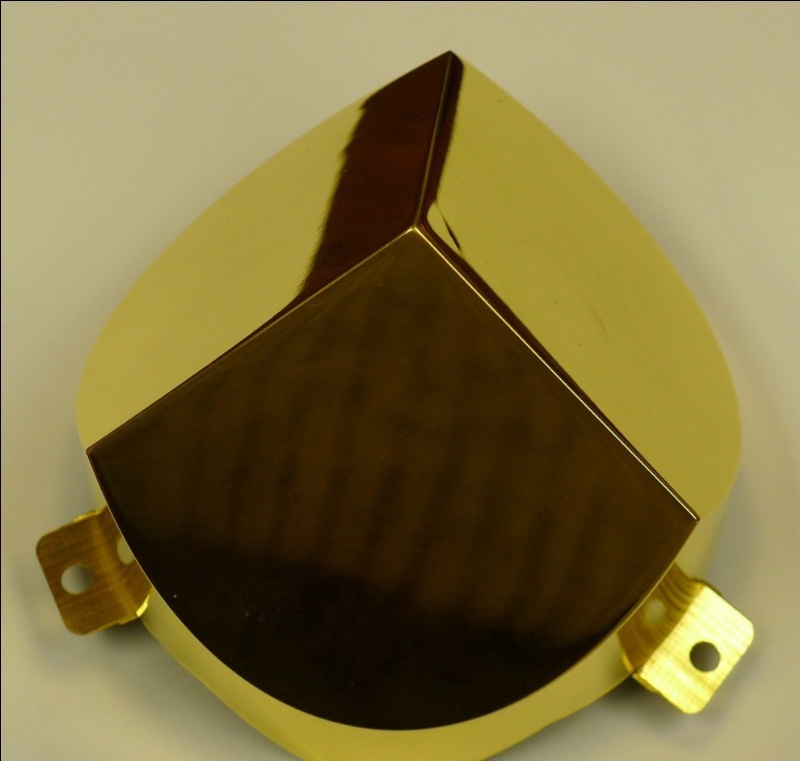 Dr. Douglas Currie, Professor of Physics at the University of Maryland, College Park, a principle of the team that developed the Apollo arrays, approached Epner Technology, the supplier of Laser Gold, a proprietary plating process known for its unrivalled ability to reflect infrared thermal radiation for the soon to be launched “Lunar Laser Retro Reflector Array for the 21st Century” (LLRRA-21). It is a science experiment that will bring us closer to further understanding the “Dark Side.”

When sent to the lunar surface sometime in 2016, this new retro-reflector, also known as a corner cube reflector, will be subjected to day/night temperatures that range from -300F to +260F. Laser Gold, on an electroformed conformal heat shield [Fig 1], provides excellent thermal control so the heat shield system will be expected to control heat flow by keeping the internal temperature gradients to less than 1/5 of a degree through most of the lunar month.

Not yet part of the final design but being explored is a large sunshield [Fig 2] to block the sun’s rays from heating the retro-reflector.  This was also created by electroforming, i.e. Laser Gold electroplating over a polished, fluted aluminum mandrel or tool. Following the gold, a .020″ (.5mm) thick layer of plated nickel is applied. The aluminum tool is then chemically etched away leaving an extremely light sunshield with enough structural integrity to withstand the rigors of launch while functioning at an emissivity of less than .02. 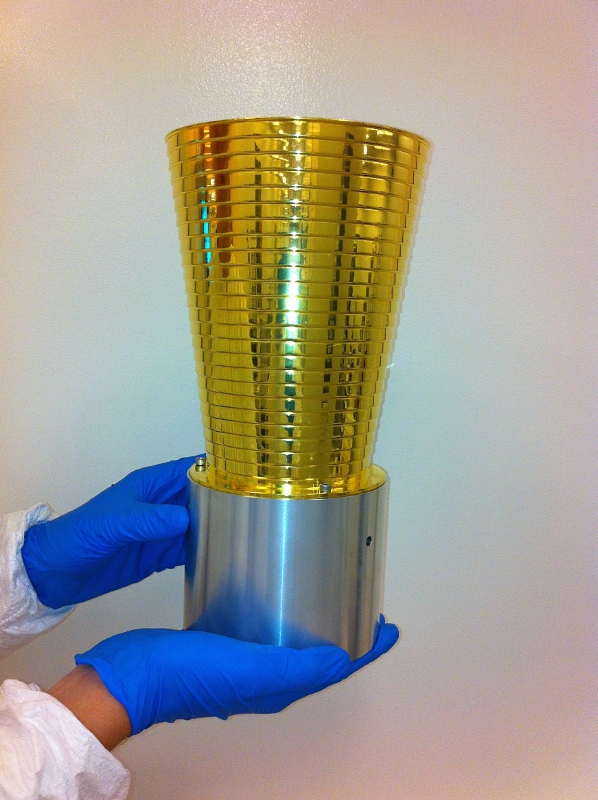 The retro-reflector is expected to be deployed on the lunar surface by Moon Express, a company that is competing for the Google Lunar X Prize.  In operation, observatories on the ground will send laser pulses to this new lunar laser ranging retro reflector. The LLRRA-21 will support the measurement of the 2  seconds between transmission and reception of the laser pulse with extreme accuracy (one part in 1 trillion) to determine the distance. These measurements will be repeated to form a time series. The physics is contained in the different wiggles of the time record, where each wiggle is associated with a different physical effect.