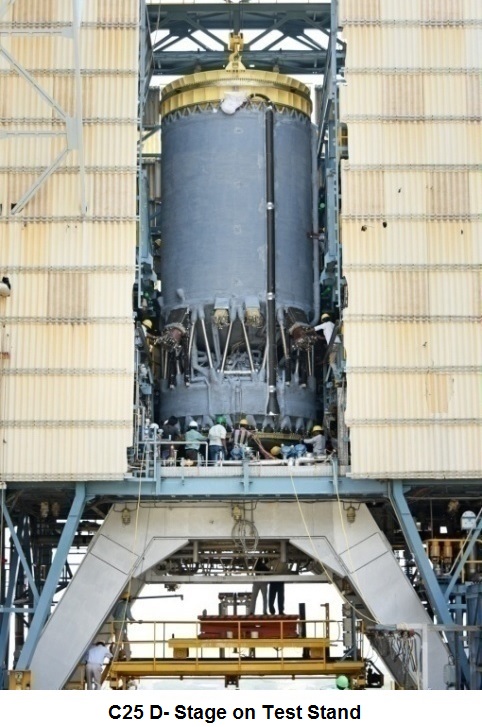 Indian Space Research Organisation (ISRO) successfully ground tested its indigenously developed Cryogenic Upper Stage for GSLV MkIII on January 25, 2017. The cryogenic stage designated as C25 was tested for a duration of 50 seconds at ISRO Propulsion Complex (IPRC) in Mahendragiri demonstrating all the stage operations. The performance of the Stage during the test was as predicted. This is the first test in a series of two tests.  The next test is planned for flight duration of 640 seconds.

The 50 second test is a significant milestone in the development of indigenous cryogenic propulsion technology. The successful hot test of the stage in the first attempt itself demonstrates ISRO’s ability to work in new areas like cryogenic technology.

The C25 stage was conceptualised, designed and realised by Liquid Propulsion Systems Centre (LPSC), ISRO’s lead Centre for Propulsion, with support from various System Development Agencies from other three Centres of ISRO – Vikram Sarabhai Space Centre (VSSC), ISRO Propulsion Complex (IPRC) and Sathish Dhawan Space Centre (SDSC) SHAR. The fabrication of various sub-systems of the engine and the stage was carried out through Indian Industries.

Development of a cryogenic stage has unique design challenges, with liquid Hydrogen stored at -253 deg C and liquid Oxygen stored at -195 deg C in its tanks. To store these cryogenic fluids, special multi-layer insulation is provided for the tanks and other structures.

The first flight stage for GSLV MkIII-D1 mission is in advanced stage of realisation. The flight engine has been successfully tested in the High Altitude Test (HAT) facility and integrated with the flight stage.