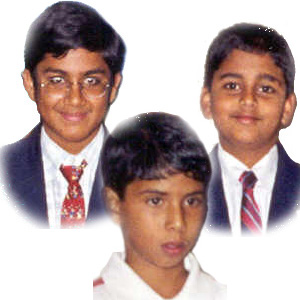 The Prime Minister congratulated the three students who are among the nine selected from more than 10,000 finalists from all over the world to participate in this mission. He said that their achievement is a clear indication of the potential that exists in the country to undertake advanced scientific research, in fields such as astronomy. He appreciated the efforts of ISRO, the national coordinator and other institutions, for their efforts in selecting the students from India who performed exceptionally well in the international competition.

The Prime Minister said that, with several facilities in the country, including the recently set up modern Giant Meter-wave Radio Telescope (GMRT) at Pune and the Optical Telescope at Hanle near Ladakh, there are exciting and challenging opportunities for the students to take to basic space research. He added that India has achieved a level of pre-eminence in the world in the modern endeavours of space research and the future will unfold many new opportunities as our scientists are dreaming to establish a state of the art multi-wave length observatory called ASTROSAT to conduct front ranking research in astronomy and undertake new endeavours in planetary exploration.

He stressed that the students should be made aware of these opportunities and be helped to make judicious choice of their careers and those with the right aptitude for research should be encouraged to pursue such careers.

Dr K Kasturirangan, Chairman ISRO, introduced the students and briefed on their selection to the Prime Minister.