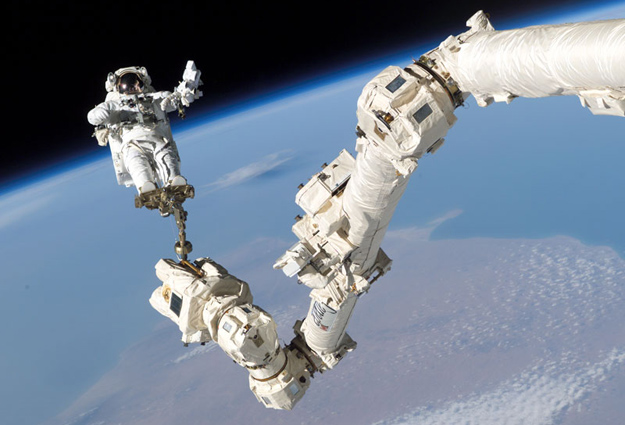 Today, the Honourable Christian Paradis, Minister of Industry and Minister responsible for the Canadian Space Agency (CSA), announced the renewal of its contract with MacDonald, Dettwiler and Associates (MDA) for the continuing operations and maintenance of the International Space Station’s Mobile Servicing System, the Canadian robotics system that includes Canadarm2, Dextre, and the Mobile Base.

“Our Government has always been a strong supporter of the Canadian space sector and we are committed to ensuring it continues to create jobs, growth and long-term prosperity for Canadians,” said Minister Paradis. “Canada’s state of the art robotics technology plays a key role in the operation of the International Space Station performing critical tasks such as capturing and docking spacecraft, undertaking maintenance work and repairs outside the Station and supporting astronauts during space walks.”

The Government of Canada’s commitment to being an active partner in the International Space Station through 2020, gives Canadian scientists access to the most unique orbiting laboratory. It also allows Canadian astronauts to participate in expeditions to the station which led to the first Canadian astronaut, Chris Hadfield, taking over command of the station on March 13, 2013. Canada’s Mobile Servicing System also has significant spin-off benefits which include robots developed by MDA for both pediatric and neurosurgery.

The contract, worth $81 million (excluding GST/PST), requires MDA to continue to provide ongoing real-time technical support, engineering services, flight-specific operational products, software maintenance, and hardware repair for Canadarm2, Dextre and the Mobile Base. Canada is a partner in the International Space Station along with the United States, Russia, Europe and Japan.