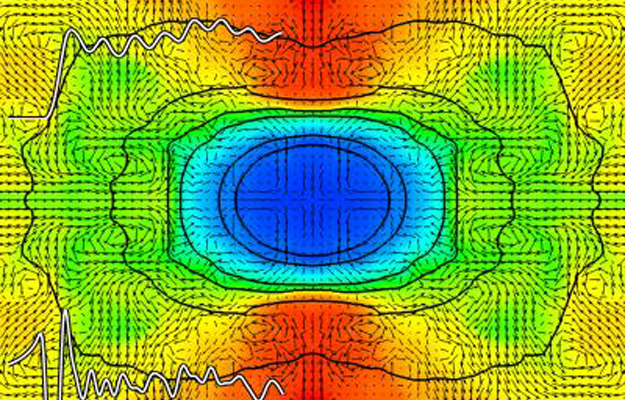 Some satellites carry instruments that provide measurements of the surface temperature of oceans and seas – like a thermometer in the sky. Scientists met recently to review data from new satellite missions and scientific progress in the field.

The TV5 website also uses Medspiration SST maps in its near-realtime service for swimmers and scientists alike. ESA began monitoring SST in 1991 with the launch of the first European Remote Sensing satellite, ERS-1, which carried the Along Track Scanning Radiometer (ATSR). The Envisat satellite, launched in 2002, ensured continuity of SST measurements with its Advanced Along Track Scanning Radiometer (AATSR). The radiometers on ERS and Envisat were unique because they use two views of the same sea surface when measuring its temperature.

On 8 April, contact with Envisat was lost and the mission came to an end after 10 years of service – way beyond its design lifetime. Envisat’s AATSR had allowed the UK Met Office to upgrade the performance of its OSTIA SST analysis system significantly in 2007. “AATSR, with its dual-view capability, was used as a reference sensor and its loss has degraded the accuracy of the OSTIA SST analysis used by weather and ocean modelling systems,” said Jonah Roberts-Jones of the Met Office.

The next ESA mission foreseen to continue the dual-view SST dataset is Sentinel-3, being developed under Europe’s Global Monitoring and Environmental Security (GMES) programme. Planned for launch in April 2014, the Sentinel-3 Sea and Land Surface Temperature Radiometer (SLSTR) extends the capability of AATSR, having a wider swath and more channels. But the big challenge is how to bridge the gap between AATSR and SLSTR. “Users need records of SST from space lasting decades, without gaps – and many want the records to be independent of in situ measurements,” said Chris Merchant, Science Leader of ESA’s Climate Change Initiative project on SST. “That was achieved with the ERS and Envisat radiometers. It’s important to carry this forward to Sentinel-3.” The past, present and future of SST measurements came into focus last month at the 13th Science Team Meeting of the Group for High Resolution Sea Surface Temperature (GHRSST).

Held in Tokyo, Japan, the meeting brought together international scientists and space agency representatives that maintain the provision of SST data for science and operational services. “The meeting in Tokyo was particularly important as it was the first after the launches of the US satellite Suomi-NPP and the Japanese satellite GCOM-W1,” said Prof. Peter Minnett, Chair of the GHRSST Science Team. “Both carry new sensors for the measurement of SST, and so herald a new era of satellite SST research and operational applications. “Now we look forward to the launch of ESA’s Sentinel-3 to complete the suite of new sensors and continue the multi-decadal time series of SST measurements into the future.”