By SpaceRef Editor
July 25, 2012
Filed under Red Bull Stratos, US 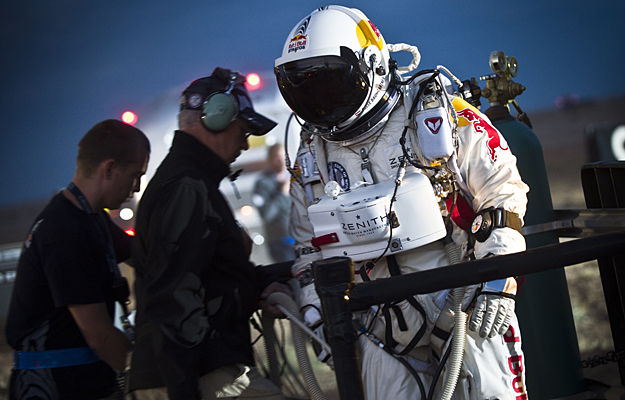 Today, July 25, 2012, Felix Baumgartner completed the final milestone remaining before he attempts to achieve his dream of becoming the first person to break the speed of sound in freefall. According to preliminary data, his test jump from a 5.3 million cubic-foot / 150,079 cubic-meter balloon achieved an altitude of over 96,640 feet / 29,455 meters, seeing Baumgartner execute a 3 minute, 48 second freefall jump reaching speeds of 536 mph / 862 kmh.

ROSWELL (New Mexico). Baumgartner landed in a desert area of the U.S. state of New Mexico, just about 15 minutes by helicopter from his launch site at Roswell International Air Center. As the ecstatic team gathered in Mission Control to welcome his return, technical project director Art Thompson commented: “It’s hard not to get emotional about today. We are just so glad to have Felix back on the ground after a long week with significant weather challenges. The crew did a great job.”

The test launch was twice delayed due to thunderstorms, wind and rain. But the team of aerospace experts was never discouraged, well aware that even Space Shuttle launches sometimes faced several days of postponement. Baumgartner’s successful test is proof that patience pays off.

The balloon for Baumgartner’s final ascent will rise as tall as a skyscraper – requiring surface winds of no more than 4 miles / 6.5 kilometers per hour to avoid endangering its delicate plastic envelope. The date for the record jump is now subject to favorable weather conditions and critical post-jump assessments of the capsule and equipment.

Today’s successful test, with a balloon over four times as large as the one that carried the pilot at the first test flight in March, delivered new insights for the progress of the project and also new research data for the benefit of aerospace research.

“It was a rough couple of days and an exhausting endeavor. I am now really excited. It has always been a dream of mine. Only one more step to go,” Baumgartner said after the successful landing.

Pending official data review and confirmation, the leap from over 96,640 feet / 29,455 meters takes Baumgartner past Russia’s Yevgeny Andreyev (83,523 feet / 25,458 meters) to make him only the second man to have successfully completed a jump from such an altitude. His planned freefall from 120,000 feet / 36,576 meters would finally break the record of 102,800 feet set 52 years ago by the only man who has jumped from a higher altitude, Baumgartner’s mentor Joe Kittinger. 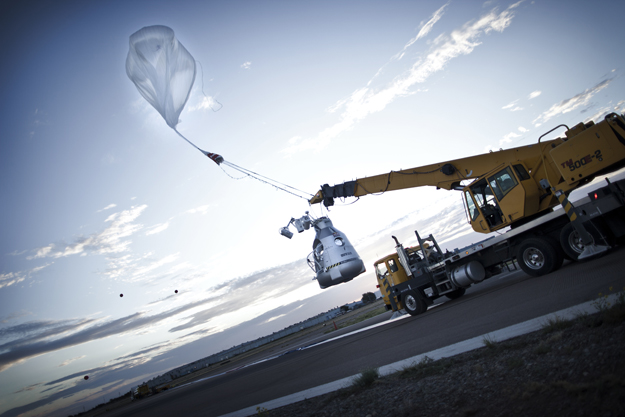 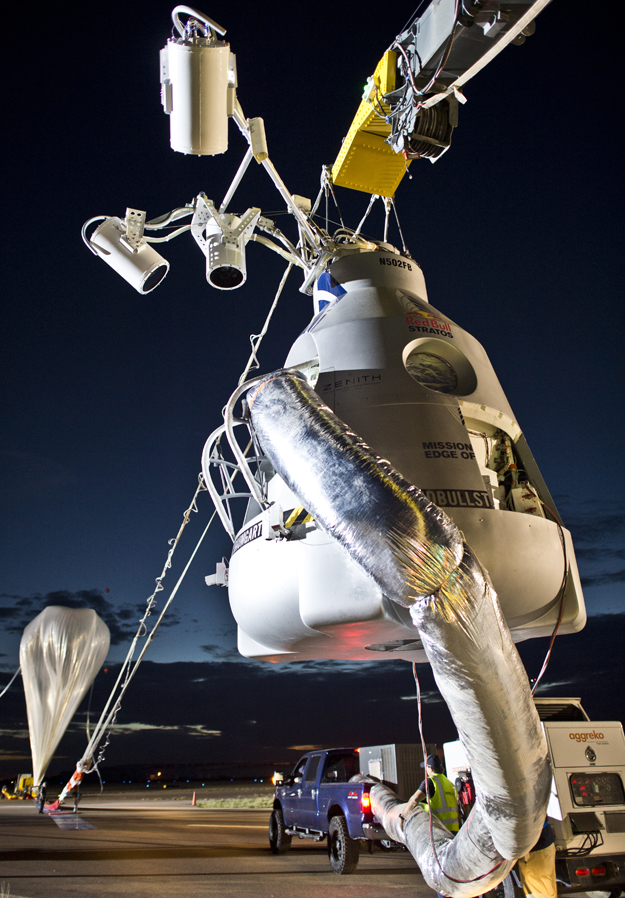 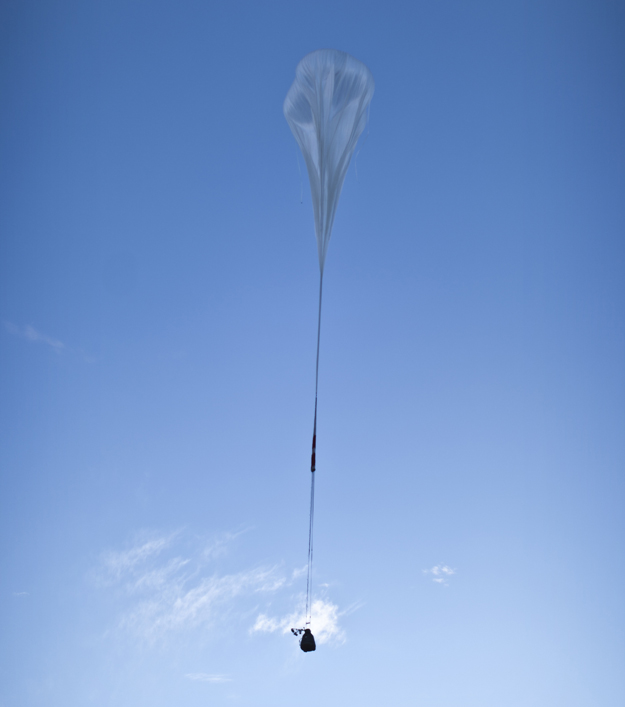 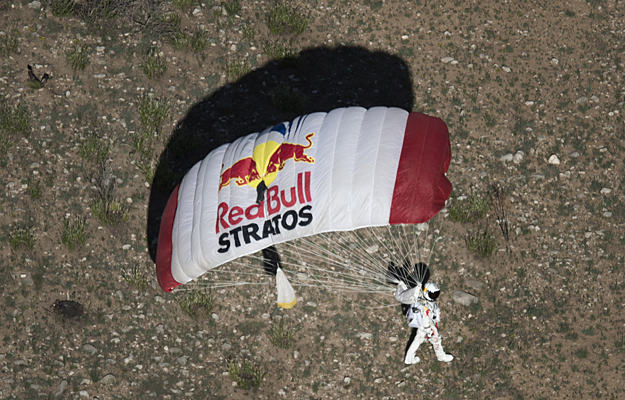 Red Bull Stratos, created by Red Bull and Felix Baumgartner, is a mission to the edge of space that will try to surpass human limits that have existed for more than 50 years. Supported by a team of experts, Felix Baumgartner will undertake a stratospheric balloon flight to more than 120,000 feet / 36,576 meters and make a record-breaking freefall jump in the attempt to become the first man to break the speed of sound in freefall (an estimated 690 miles / 1,110 kilometers per hour), while delivering valuable data for medical and scientific advancement.