The mission’s primary goal is to provide students with extensive, hands-on experience of a space project. This will equip them with the necessary skills to confidently enter the high-technology workplace of Europe’s future. 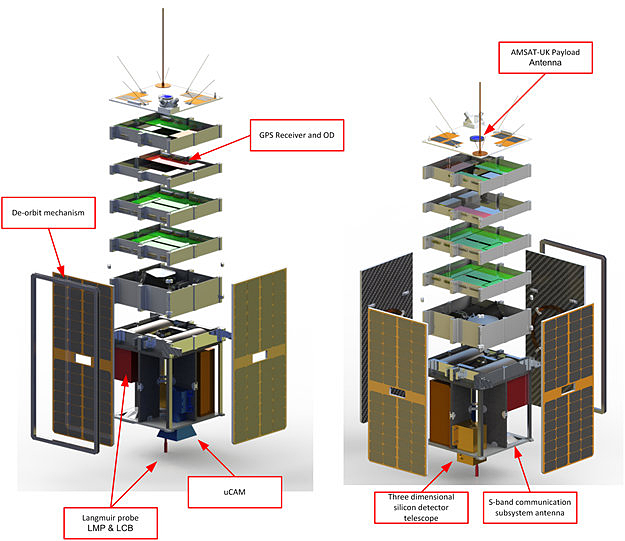 During the preliminary design phase, known as Phase B, ESEO involved more than 200 students from 13 universities across Europe. At the end of this phase, the project was re-oriented to fit into a smaller spacecraft and a new invitation to tender was released to European companies to provide and test the ESEO satellite.

Nine European universities are now working with ALMASpace on the mission. ALMASpace was established in 2007 as a spin-off from the Microsatellites & Space Microsystems and Radio Science Laboratories of the University of Bologna. It was created to bring to the market the results of its research activity in the field of space systems engineering.

‘We are happy we were selected as System Prime for the continuation of the ESEO project’, says Prof. Paolo Tortora, ESEO Programme Manager at ALMASpace, ‘ALMASpace recognises the high value of educational hands-on projects, being itself composed of former students from the University of Bologna.’

In addition to the typical engineering tasks performed for a satellite’s development, educational aspects will also have a central role in the ESEO Project. Under the supervision of ESA, ALMASpace will provide the participating students with internships complementary to their university syllabuses. These will include lectures offered by well recognised international specialists, and training workshops.

The mission’s main objectives are to measure the ionizing radiation environment in orbit, to test technologies for future education satellite missions and to take images of the Earth and/or other celestial bodies for outreach purposes.

DTU Space, Denmark, is supplying the microcamera to take the pictures, and the University of Budapest, Hungary, is providing the instrument that will monitor the level of radiation present in Earth orbit. This is critical knowledge for living and working in space because such radiation can adversely affect both humans and technology. 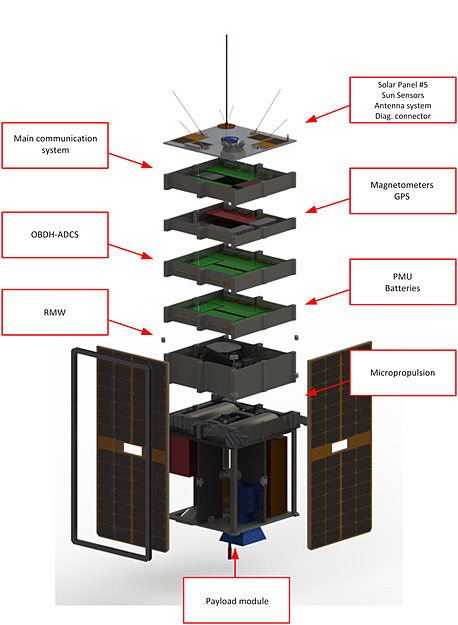 Other universities are supplying additional technology, including the communications systems that will be needed to stay in contact with the satellite.

The spacecraft will carry a de-orbiting device, supplied by Cranfield University, UK. This will be a small sail deployed to increase the drag felt by the satellite from the tenuous remains of Earth’s upper atmosphere. Following the completion of its mission, the released drag sail will accelerate the craft’s removal from orbit and the satellite will burn up in Earth’s atmosphere.

ESEO is the third mission within ESA’s Education Satellite Programme. It builds upon the experience gained with SSETI Express, launched in 2005, and the YES2 tether and re-entry capsule experiment, launched in 2007.

The satellite will be around 40kg in mass and measure about 33x33x63cm . It will be launched in 2015-16 and its mission is designed to last for at least six months.

The nine universities involved in ESEO, and their contributions to the mission, are: