A satellite-based Health Monitoring Kit developed by the Canadian company March Networks and co-funded by ESA, is being used to aid a group of climbers in their attempt to climb the world’s tallest mountain.

The climb to the almost 9000 metre summit has claimed the lives of about one hundred people. The March Networks technology will transmit blood oxygen levels (SpO2), heart rates, blood pressure and body temperatures of the climbers. The recorded data will be stored on Bluetooth-enabled PDA’s and ultimately transmitted via satellite to a Canadian-hosted website. 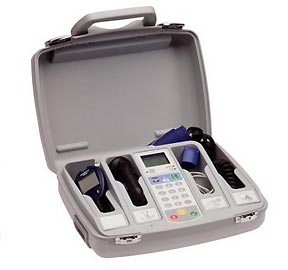 The light-weight, portable March Networks Health Monitoring Kit is fully equipped with the necessary medical devices, and can operate independently of its companion Video Services Gateway and videoconferencing cameras, which are typically used in home-based telehealth applications for remote nursing visits.

“Having more information available to all climbers is a vital element of a successful ascent,” stated Ben Webster, a renowned Canadian climber and leader the expedition. “By using the wireless telehealth system we will not only see first-hand how our bodies are reacting to the exertion, but we will also be able to track the data, be cognizant of significant changes or trends, and be able to make informed decisions based upon that information.”

Mr. Webster is making this climb as part of a television documentary for the Discovery Channel, entitled ‘The Everest Story’ and is using the telehealth technology to better monitor his team’s health as they push their physical limits in extreme conditions during the trek. The ascent to Mount Everest began in late March and the climbers are expected to reach the summit in mid-May.

The technology assisting the group during the climb is based on an ESA co-funded project from March Networks and Telesat of Canada. They worked together to develop the highly successful TeLeCare project. This is a tele-medicine project allowing ‘remote patient diagnosis and monitoring’ via satellite. With the system, a nurse can video-conference with a patient anywhere within the satellite’s transmission coverage.