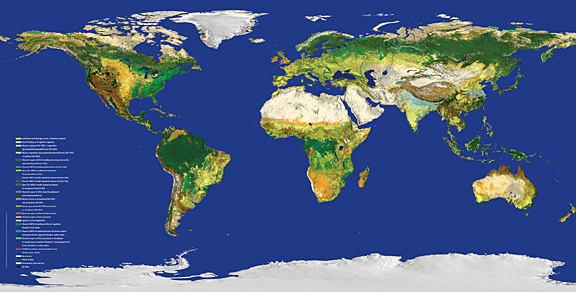 The map was produced using 12 months of data from Envisat’s Medium Resolution Imaging Spectrometer at a resolution of 300 m.

ESA and Belgium’s Universite catholique de Louvain created the map using software developed by Medias France and Germany’s Brockmann Consult on data collected from 1 January to 31 December 2009. GlobCover 2009 was generated within a year of acquiring the final satellite data.

Some 8000 people have downloaded the previous version, GlobCover 2005. These maps are useful for studying the effects of climate change, conserving biodiversity and managing natural resources.