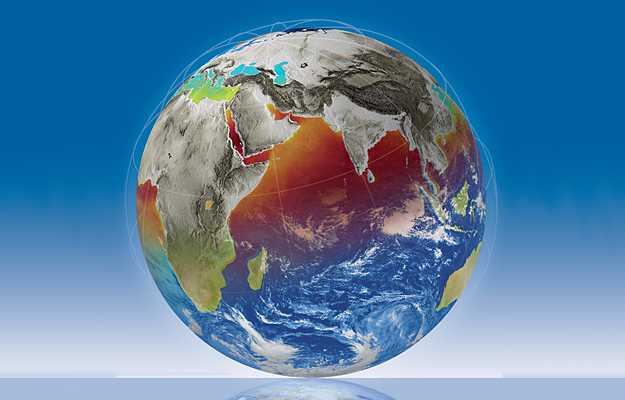 Three new satellite concepts are vying to be chosen as ESA’s seventh Earth Explorer mission. In preparation for selection next year, a series of reports has been published presenting the scientific and technical ambition of each mission.

Since the Biomass, CoReH2O and PREMIER mission concepts were selected for feasibility study in 2009, each candidate has been undergoing a set of rigorous activities to demonstrate their value to science and that they are technically viable.

The culmination of these efforts provides an important juncture at which to document their capabilities. Furthermore, the release of the three Reports for Mission Selection is timely in view of preparation for the ESA Ministerial Council in November, at which funding is sought to finance the development of the seventh Earth Explorer.

These three state-of-the-art candidates address gaps in our scientific knowledge of a number of dynamic, complex and interdependent Earth-system processes.

CoReH2O employs a new twin-frequency (Ku- and X-band) imaging radar to study the global distribution of snow and seasonal variations in the amount of water stored in snow. Meanwhile, PREMIER will study coupling between dynamic and chemical processes in the upper troposphere and lower stratosphere using a combination of infrared and microwave limb imaging instruments.

Each of the concepts reiterates that the pursuit to advance scientific knowledge about Earth can only be accomplished through long-term commitment to the development of innovative space technology.

After the recent loss of the Envisat mission, the addition of a seventh Earth Explorer to the current missions will help to shape the future of Earth observation by ESA.

The Earth Observation Envelope Programme (EOEP) forms the backbone of ESA’s activities in Earth observation, whilst also providing the critical funding for the Earth Explorer series of missions. The upcoming fourth period, EOEP-4, will ensure Europe stays at the forefront of satellite-based science and applications, while stimulating technical innovation and industrial growth.

Importantly, the programme also lays the foundation for international cooperation for a collaborative approach in understanding and tackling global environmental challenges.

The programme and the selection of new Earth Explorer missions offer a solid investment for Europe to further science and develop superior technology. In return, the Explorers secure a solid heritage for future missions for much-needed operational purposes.

Pending the outcome of the Ministerial Council, a few steps remain prior to selection of the seventh Earth Explorer. A User Consultation Meeting is scheduled in early 2013 where the three missions will be presented to the scientific community.

The extended Phase-A activities, which are under way, will consolidate the concepts even further and address areas of remaining risk prior to the meeting. These results will be summarised in ‘delta reports’ to deliver the most comprehensive picture on the status of each candidate mission.

Based on the recommendation made by ESA’s Earth Science Advisory Committee after the User Consultation Meeting, the final decision on selection decision will be taken by the ESA’s Programme Board for Earth Observation.

The Reports for Mission Selection can be downloaded from the right-hand bar.