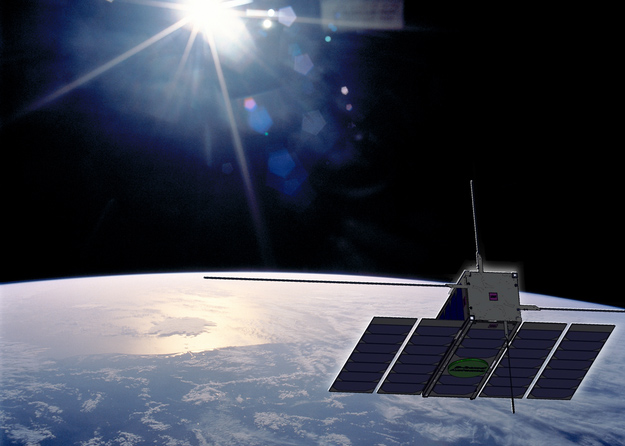 ESA is offering software developers the opportunity to use its new testbed in space. The robust nanosat will allow individuals, companies and institutions to try out pioneering software without the danger of losing a mission.

Satellites are so complex and costly that their controllers cannot afford to take risks. The need for reliability means that onboard and ground control software has not altered significantly in the past 20 years.

But the tiny Ops-Sat, a CubeSat combining commercial off-the-shelf technology and ESA expertise, is a chance to try out new ideas in space as early as 2015.

“This satellite is designed for experimenting with mission-critical software both on board and on the ground,” says Dave Evans, Ops-Sat project manager at ESA’s European Space Operations Centre in Darmstadt, Germany. “This means it must be flexible, powerful and robust.

“In this way we can offer a real flying laboratory for experimenters, whether they are experienced in dealing with space missions or not.”

As the satellite was first being designed, suggested experiments included encryption, data management and navigation services, but the design has limitless possibilities.

The core includes much more powerful processors than those flown by ESA in the past and it is fully reconfigurable even down to the operating system and firmware levels. Peripherals include cameras, GPS and attitude control. The full details are available here.

“ESA will run some of its own experiments, but there’s lots of time and effectively a blank canvas for the other experimenters who have game-changing ideas,” says Ian Carnelli from ESA’s General Studies Programme, supporting the mission.

“It’s a great chance for those already involved in the space industry as well as companies, universities or Member States that haven’t flown a space experiment before to do so in the very near future, and inspire the next generation of space software.”