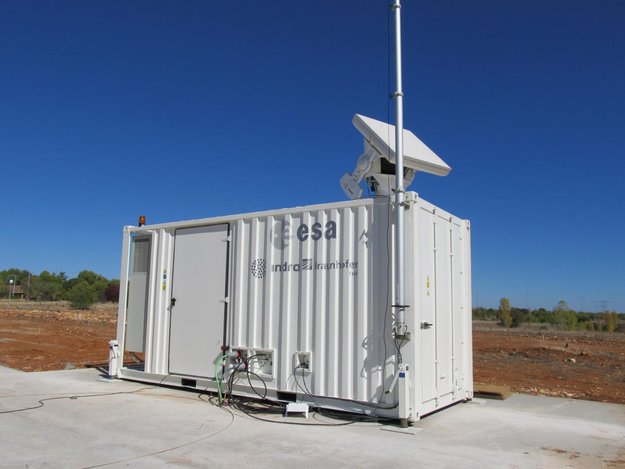 A prototype radar that will help Europe to develop capabilities in space-debris surveillance is performing above expectations, and is showing its capability to detect objects in low orbits.

The radar, installed in the Madrid region of Spain, was handed over to ESA by industry in November after extensive testing.

This novel sensor contains key technologies for detecting space debris in low orbits and is an important step towards operational radars. Building collision warning capabilities would boost the safety of Europe’s satellites in low and medium orbits.

The testbed is already spotting objects of around a metre in size, depending on their altitude and other factors. While this is less than the performance needed for a fully operational system – where around 10 cm is required – it is already sufficient to test and refine new technologies and techniques, and is an important first step.

The radar is in a fully secure area, and all the test and validation activities are performed according to an agreed ESA data policy – the Space Situational Awareness (SSA) Programme Security Instructions – put in place especially for this installation.

During future testing, the radar data will be declassified – filtered against a ‘white list’ of authorised space objects – before being sent to ESA’s SSA system for further processing and cataloguing.

“During the acceptance tests we realised that the radar was showing excellent performance,” says Gian Maria Pinna, Ground Segment Manager in the SSA programme office.

“Even without a full calibration of the system, which will take several months, we could detect smaller objects and at a longer range than expected.

“A good example is Landsat-5, which presents a radar diameter of just 3.6 m at the relatively high altitude of 537 km.”

In January, while test tracking the International Space Station – obviously a large target – engineers were puzzled when they detected two objects.

“Then we realised that we had observed the undocking of the much, much smaller Cygnus cargo service craft from the Station.”

The radar has also detected ESA’s GOCE  and Swarm satellites, debris from spent launch stages, and other objects of around a metre.