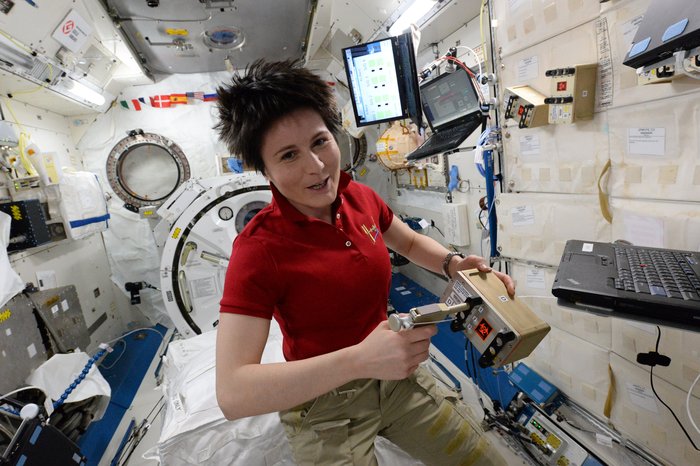 ESA astronaut Samantha Cristoforetti’s mission on the International Space Station has been extended until the beginning of June. It was planned to end this week with a return to Earth together with NASA astronaut Terry Virts and cosmonaut Anton Shkaplerov.

The postponement has occurred because the Russian space agency’s Progress 59 freighter failed to arrive at the Station last week, instead burning up in the atmosphere in an uncontrolled reentry.

The incident has put further launches to the Station on hold pending the results of an investigation into the failure.The six astronauts living and working on the orbital complex have enough supplies to last for many weeks regardless of the loss, so their wellbeing is unaffected by the change of schedule.

An exact date for the return will be given by Roscosmos soon.

Samantha’s mission is named Futura to highlight the science and technology research she is running in weightlessness to help shape our future. She is flying as an ESA astronaut for Italy’s ASI space agency under a special agreement between ASI and NASA.

Samantha, Terry and Anton arrived at the Station when their Soyuz TMA-15M spacecraft docked on 24 November 2014.

Since then they have seen five supply vessels arrive and leave, and worked on countless experiments.

As much time as possible is spent on science during their 40-hour working week. Samantha runs experiments from ASI and ESA, but takes part in more from scientists all over the world. Many are continuations from previous expeditions – the Station’s longevity is part of what makes it so special for scientists.

Connect with Samantha and experience the Futura mission through her eyes via samanthacristoforetti.esa.int