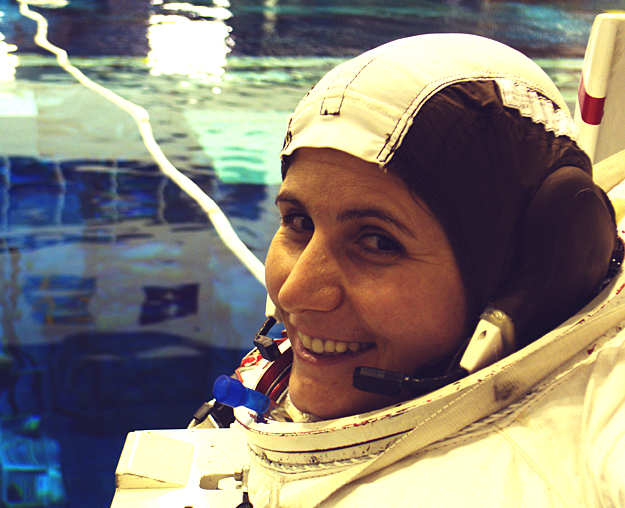 ESA astronaut Samantha Cristoforetti has been assigned to be launched on a Soyuz spacecraft from Baikonur Cosmodrome in Kazakhstan in 2014 for a long-duration mission aboard the International Space Station.

ESA’s Director of Human Spaceflight and Operations, Thomas Reiter, and the International Space Station partners board have released the official assignment for the European-Italian flight. Italy’s space agency, ASI, proposed Samantha for this mission of 6-7 months.

“It is a great satisfaction to see the third astronaut of the 2009 recruited class assigned to a mission to space,” said Director Reiter. Samantha completed basic training in 2010. She is now training on the Russian Soyuz spacecraft, Station systems, robotics and spacewalks. Samantha, a captain in the Italian Air Force, has logged more than 500 hours of flying time on six types of military aircraft.

“The past three years as a European astronaut have been an amazing time of personal and professional growth,” said Samantha after receiving the news of her assignment. “I am now thrilled to continue this journey with the goal of serving Italy and Europe as a crewmember of the International Space Station. “I am grateful to the Italian space agency, the European Space Agency and the Italian Air Force for this humbling opportunity and I will try my best to be worthy of their trust.

“As the privileged temporary inhabitants of humanity’s outpost in space, we will make every effort to share the orbital perspective and virtually take along all those who want to join our journey.” As a member of ESA’s Astronaut Corps, Samantha will undergo extensive training in preparation for this mission at the various facilities in the US, Russia, Japan, Canada and Germany at the European Astronaut Centre, home of the European Astronaut Corps.

She will work on the Station as part of the six-astronaut international crew. This will be the eighth long-duration mission for an ESA astronaut. When not in training, Samantha enjoys hiking, scuba diving and interacting with space enthusiasts on blogs and twitter as @astrosamantha ESA’s astronauts are heavily involved in Station operations. Andre Kuipers, from the Netherlands, returned from the Station on Sunday. Italy’s Luca Parmitano and Germany’s Alexander Gerst are training for long-duration missions beginning with launches in May 2013 and May 2014, respectively.