Does dark matter annihilate quicker in the Milky Way?

By SpaceRef Editor
June 27, 2017
Filed under Tata Institue of Fundamental Research, US 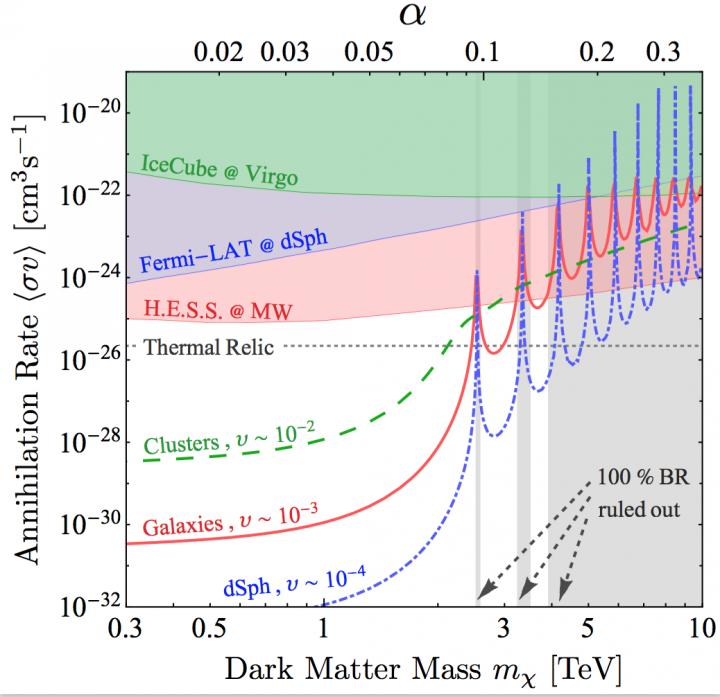 Researchers at the Tata Institute of Fundamental Research in Mumbai have proposed a theory that predicts how dark matter may be annihilating much more rapidly in the Milky Way, than in smaller or larger galaxies and the early Universe.

Anirban Das, with his advisor Dr. Basudeb Dasgupta, pursued this possibility because almost all observations made so far indicate no signals of dark matter annihilation anywhere — except the tantalizing signals from the Milky Way seen by the PAMELA and AMS02 detector and the Fermi gamma ray telescope. If the dark matter origin of these signals stands further scrutiny and signals aren’t seen from anywhere except the Milky Way, their theory would explain why the Milky Way appears to be special.

In the enchanting night sky, with myriad galaxies and stars, what we see is only about 20% of all the matter in the Universe. The remaining is in the form of a non-luminous and exotic form of matter that we know little about. This so-called dark matter has been the object of intense scientific exploration in the last few decades. According to many popular theories, dark matter particles annihilate at the same rate in both small and large astronomical bodies and at all times in the Universe.

This new study published in the journal Physical Review Letters on 23rd June 2017, shows that this peculiar behaviour of the annihilation rate, in that it is not the same everywhere, stems from the symmetries of the annihilating dark matter particles. Further, it would predict that dark matter is made of more than one particle and interacts through a yet-undiscovered low-mass particle. The absence of dark matter annihilation signals outside the Milky Way could be a crucial hint towards this richer theory of dark matter, which will be tested by future observations.