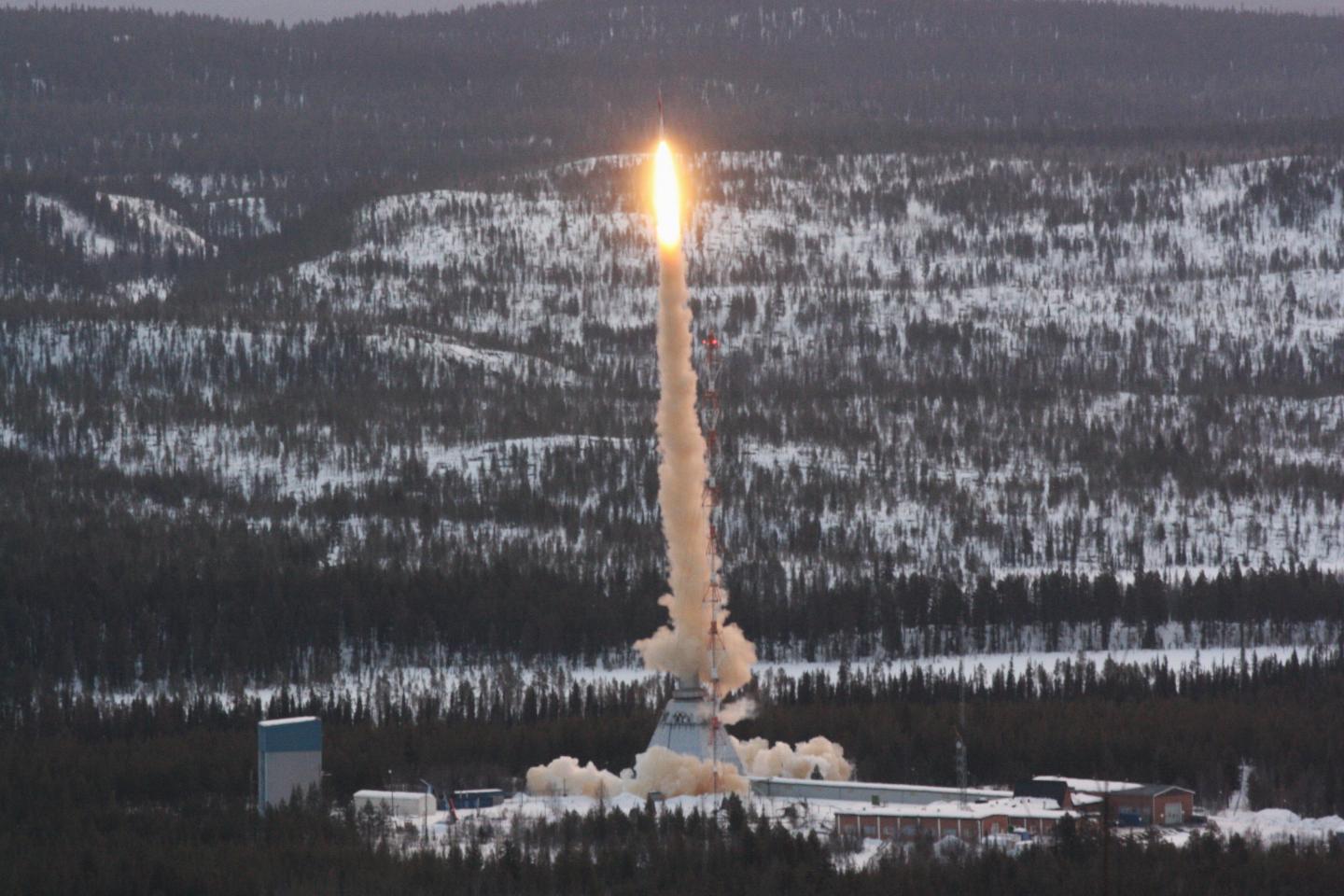 Applied to the outer shell of the payload section of a rocket using pipettes, small, double-stranded DNA molecules flew into space from Earth and back again. After the launch, space flight, re-entry into Earth’s atmosphere and landing, the so-called plasmid DNA molecules were still found on all the application points on the rocket from the TEXUS-49 mission. And this was not the only surprise: For the most part, the DNA salvaged was even still able to transfer genetic information to bacterial and connective tissue cells. “This study provides experimental evidence that the DNA’s genetic information is essentially capable of surviving the extreme conditions of space and the re-entry into Earth’s dense atmosphere,” says study head Professor Oliver Ullrich from the University of Zurich’s Institute of Anatomy.

The experiment called DARE (DNA atmospheric re-entry experiment) resulted from a spontaneous idea: UZH scientists Dr. Cora Thiel and Professor Ullrich were conducting experiments on the TEXUS-49 mission to study the role of gravity in the regulation of gene expression in human cells using remote-controlled hardware inside the rocket’s payload. During the mission preparations, they began to wonder whether the outer structure of the rocket might also be suitable for stability tests on so-called biosignatures. “Biosignatures are molecules that can prove the existence of past or present extraterrestrial life,” explains Dr. Thiel. And so the two UZH researchers launched a small second mission at the European rocket station Esrange in Kiruna, north of the Arctic Circle.

DNA survives the most extreme conditions

The quickly conceived additional experiment was originally supposed to be a pretest to check the stability of biomarkers during spaceflight and re-entry into the atmosphere. Dr. Thiel did not expect the results it produced: “We were completely surprised to find so much intact and functionally active DNA.” The study reveals that genetic information from the DNA can essentially withstand the most extreme conditions.

Various scientists believe that DNA could certainly reach us from outer space as Earth is not insulated: in extraterrestrial material made of dust and meteorites, for instance, around 100 tons of which hits our planet every day.