By SpaceRef Editor
March 7, 2013
Filed under Explore Mars, Mars, US 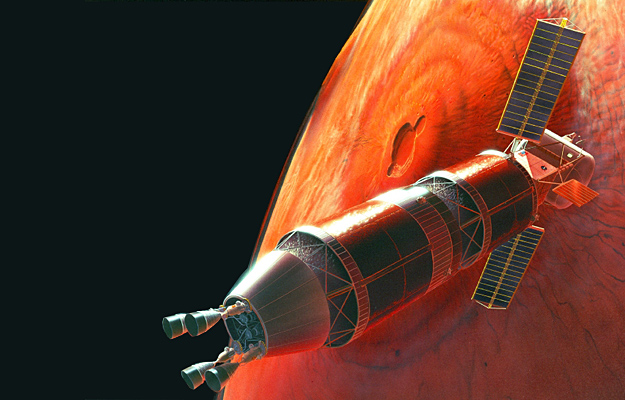 Phillips & Company, a global communications firm, and Explore Mars, a non-profit corporation committed to advancing the cause for human exploration of Mars, today released findings and full analysis of a nationwide survey of U.S. citizens that focused on their opinions about the exploration of Mars. With the success of the Mars Curiosity rover landing, this poll was conducted to measure attitudes and levels of support toward human and robotic exploration of Mars.

Download the full report of survey findings at: http://www.exploremars.org/full-report-of-mars-generation-survey-results-available.

Seventy-two percent of survey recipients agreed or strongly agreed that it is necessary for the government to fund initial technologies to send humans to explore Mars, while 84 percent said that NASA should strengthen and expand partnerships with the private sector to achieve that same goal. Eighty-four percent of survey respondents also agreed that if Curiosity finds evidence of past or present life on Mars, we should send a human crew to verify the finding.

Men had a higher level of agreement than their counterparts with the above four statements on financial backing and justification of a human Mars mission; their support ranged from 3 to 8 percentage points higher than females.

The poll found that 71 percent of Americans are confident that humans will go to Mars by 2033.

When asked to rank potential barriers to human exploration of Mars, 73 percent of Americans believe that the greatest barrier is affordability, and 67 percent believe politics to be a “limiting barrier.” Technological capabilities and motivation are not seen as significant barriers by the majority of Americans.

“Americans are motivated and want to send humans to explore the Red Planet. Perhaps our greatest challenge is convincing our elected officials to embrace this goal and lead the way,” said Chris Carberry, Executive Director of Explore Mars. “We hope that this poll will serve as a catalyst to reinforce what Americans already support and encourage our nation’s leaders that this is not the time to retreat. It’s the time to explore.”

Seventy-eight percent of respondents age 65 or older are confident that humans will go to Mars by 2033. They are the most confident out of all age groups. This group also had strong support for funding of space initiatives – 89 percent believe NASA’s budget should be increased to 1 percent of the federal budget, and 96 percent are in agreement that it is necessary for the government to fund initial technologies to send humans to explore Mars.

When told that there are currently two operational NASA rovers on Mars, 67 percent of all respondents agreed the United States should send both humans and robots to Mars. The age group of 25-34 had the highest percentage of correctly naming Curiosity at 67 percent, more than 10 percent higher than any other age group.

According to the majority of Americans, the top three reasons for human exploration of Mars are 1) to achieve a greater understanding of Mars, 2) to search for signs of life, and 3) to maintain U.S. leadership in commercial, scientific and national defense applications.

The survey was conducted between Feb. 4, 2013, and Feb. 6, 2013, targeting a stratified random sample of 1,101 respondents representing a 95 percent confidence level and margin of error of +/-3 percent. Demographic questions consisted of sex, age, race, annual income and level of education. The survey was conducted by email and targeted a nationwide sample. All efforts were made to ensure a representative sample of the general U.S. population 18 years of age and older given normal standards of statistical sampling.

The “Mars Generation” survey was conducted by the independent market research team at Phillips & Company and sponsored by Explore Mars, Inc., a non-profit 501(c)(3) organization, and The Boeing Corporation.

Explore Mars was created to advance the goal of sending humans to Mars within the next two decades. To further that goal, Explore Mars conducts programs and technical challenges to stimulate the development and/or improvement of technologies that will make human Mars missions more efficient and feasible. In addition, to embed the idea of Mars as a habitable planet, Explore Mars challenges educators to use Mars in the classroom as a tool to teach standard STEM curricula. Explore Mars, Inc. is a 501(c)(3) non-profit corporation organized in the Commonwealth of Massachusetts. Donations to Explore Mars are tax-deductible. Learn more at www.exploremars.org or email info@ExploreMars.org.