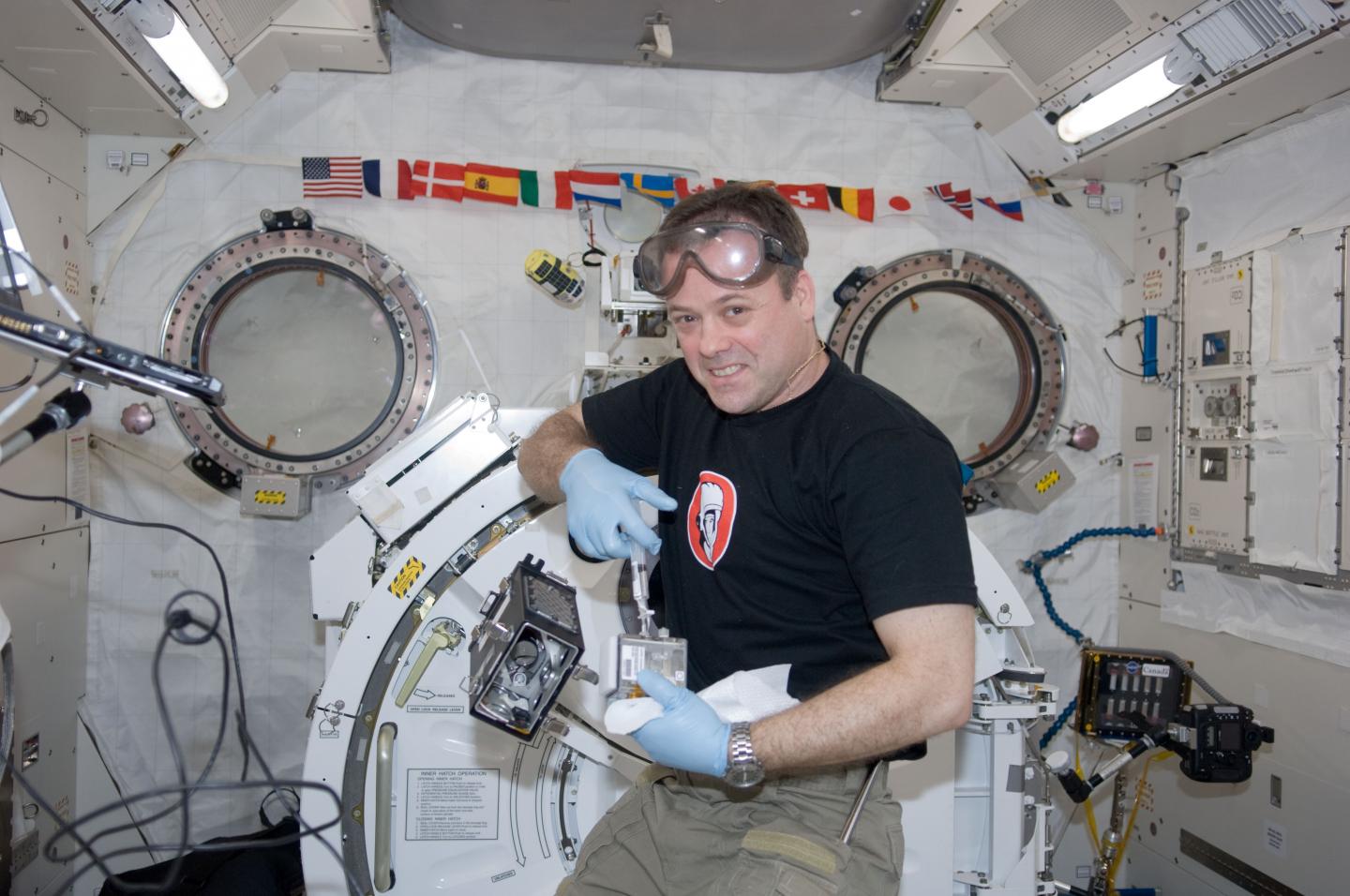 Scientists have untangled the competing influences of water and gravity on plant roots–by growing cucumbers during spaceflight.

Plant roots grow to find water, according to a process known as hydrotropism. Roots are also influenced by gravity and tend to grow downwards, called gravitropism. To find out whether gravity or water had the greater influence on root growth, investigators grew cucumber plants in the microgravity environment on board the International Space Station. In their experiments, water (or hydrotropism) had more influence in controlling root growth.

Roots of land plants show gravitropism and hydrotropism in response to gravity and moisture gradients, respectively, for controlling their growth orientation. Gravitropism interferes with hydrotropism, although the mechanistic aspects are poorly understood.

Clinorotated or microgravity (?G)-grown cucumber seedling roots hydrotropically bent toward wet substrate in the presence of moisture gradients, but they grew straight in the direction of normal gravitational force at the Earth’s surface (1G) on the ground or centrifuge-generated 1G in space. The roots appeared to become hydrotropically more sensitive to moisture gradients under ?G conditions in space. Auxin transport inhibitors significantly reduced the hydrotropic response of clinorotated seedling roots. The auxin efflux protein CsPIN5 was differentially expressed in roots of both clinorotated and ?G-grown seedlings; with higher expression in the high-humidity (concave) side than the low-humidity (convex) side of hydrotropically responding roots.

Our results suggest that roots become hydrotropically sensitive in ?G, and CsPIN5-mediated auxin transport has an important role in inducing root hydrotropism. Thus, hydrotropic and gravitropic responses in cucumber roots may compete via differential auxin dynamics established in response to moisture gradients and gravity.