By SpaceRef Editor
May 26, 2004
Filed under Asteroids and Comets, National Optical Astronomy Observatory, US

The image was taken with the Mosaic I camera, which has a one-square degree
field of view, or about five times the size of the Moon. Even with this
large field, only the comet’s coma and the inner portion of its tail are
visible. This color image was assembled by combining images taken through
blue, green and red filters.

The image is available on the Internet at:
http://www.noao.edu/outreach/press/pr04/pr0404.html 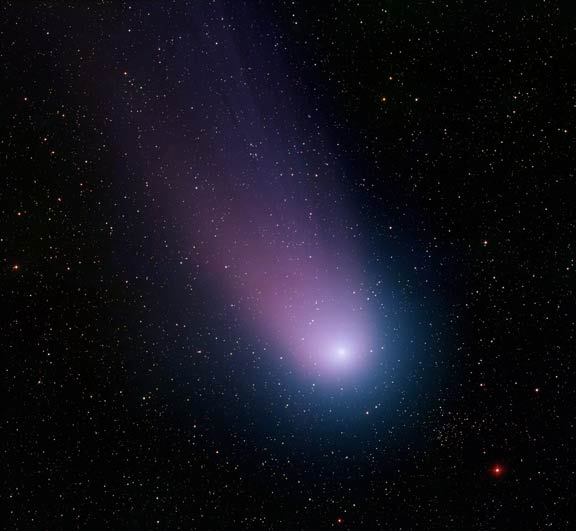 A small star cluster (C0736-105, or Melotte 72) is visible in the lower
right of the image, between the head of the comet and the bright red star
in the lower-right corner.

The comet will remain visible for several weeks with binoculars and small
telescopes just after sunset, high in the western sky.

Kitt Peak National Observatory is part of the National Optical Astronomy
Observatory, which is operated by the Association of Universities for
Research in Astronomy (AURA), Inc., under a cooperative agreement with
the National Science Foundation.