By SpaceRef Editor
April 30, 2009
Filed under Challenger Center for Space Science Education, US

You can follow Mr. Cowing and Dr. Parazynski’s educational activities online at http://onorbit.com/everest. Challenger Center for Space Science Education was founded in 1986 by the families of the astronauts of the space shuttle Challenger 51-L mission and is dedicated to the educational spirit of that mission, reaching hundreds of thousands of students each year through simulated space missions at its centers. Challenger Center Chairman of the Board, former astronaut William Readdy said, “Dr. Parazynski has made significant research contributions to the space program and to science education, and we are very fortunate to have him join Challenger Center’s Board of Directors.” Dr. June Scobee Rodgers, Founding Chairman of Challenger Center applauds Dr. Parazynski’s efforts at climbing Mt. Everest and hosted an interview with Dr. Parazynski prior to his first attempt last year to climb Mt. Everest. To listen to that interview, please visit www.challenger.org. 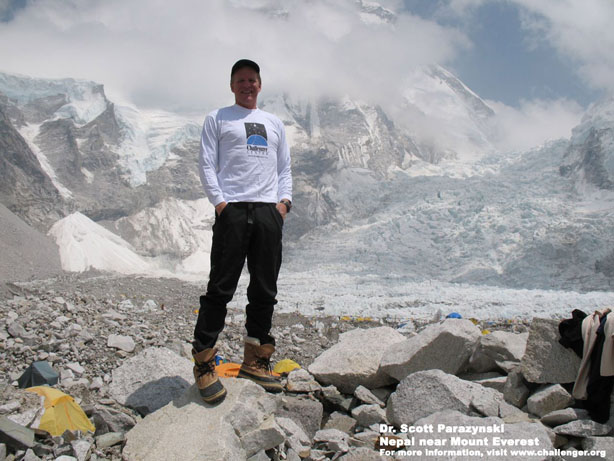 Dr. Parazynski recently left NASA to join Wyle’s Integrated Science and Engineering Group based in Houston, Texas as Director of Business Development. He will also serve as medical director for Wyle’s Antarctic operations. Dr. Parazynski is a commercial, multiengine and instrumented-rated pilot, a licensed physician, and a mountaineer. During his 17 years at NASA, Dr. Parazynski flew on five Space Shuttle missions: STS-66, STS-86, STS-95, STS-100, and STS-120. During those missions he spent more than 1,381 hours in space, including more than 47 hours on space walks. He visited both Russia’s Mir space station and the International Space Station. During his last mission, in October 2007, he performed one of the riskiest space walks ever attempted as he repaired a damaged solar panel on the space station. 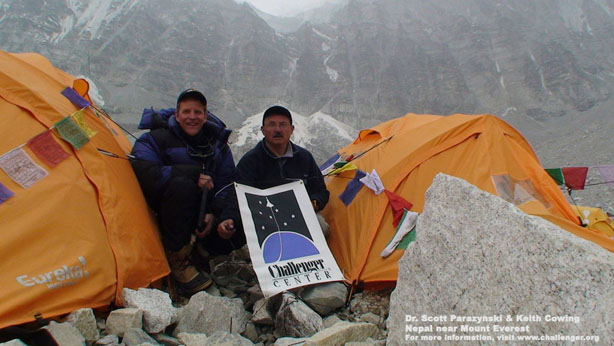