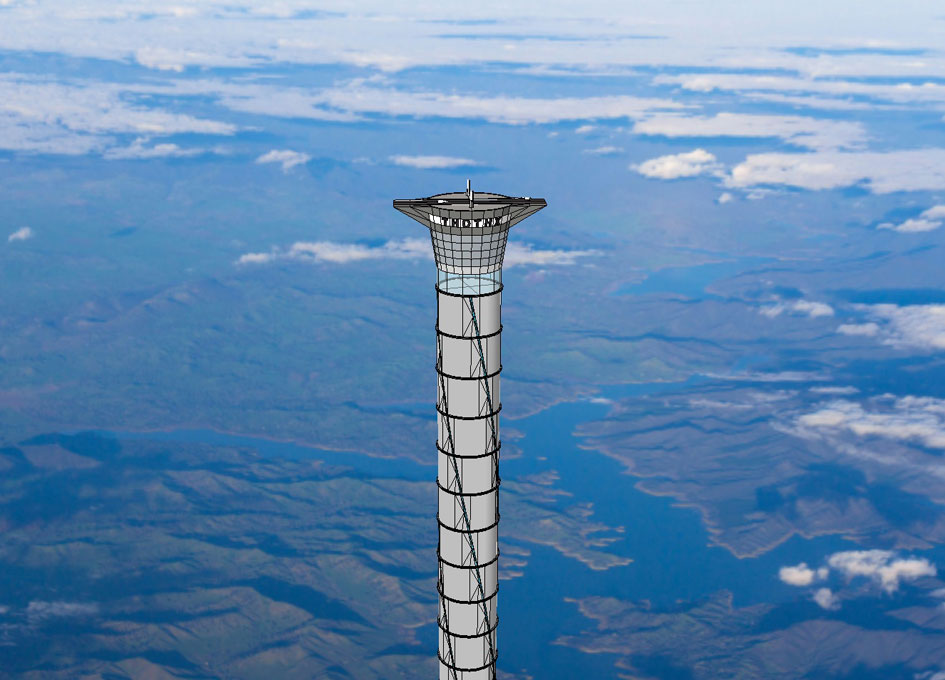 Canadian space company, Thoth Technology Inc., has been granted the United States patent for a space elevator. Announced today in the USPTO’s Official Gazette, the freestanding space tower is pneumatically pressurized and actively-guided over its base. Reaching 20 km above the planet, it would stand more than 20 times the height of current tall structures and be used for wind-energy generation, communications and tourism.

The technology offers an exciting new way to access space using completely reusable hardware and saving more than 30% of the fuel of a conventional rocket.

Thoth President and CEO, Caroline Roberts, believes the space tower, coupled with self-landing rocket technologies being developed by others, will herald a new era of space transportation.

“Landing on a barge at sea level is a great demonstration, but landing at 12 miles above sea level will make space flight more like taking a passenger jet.”